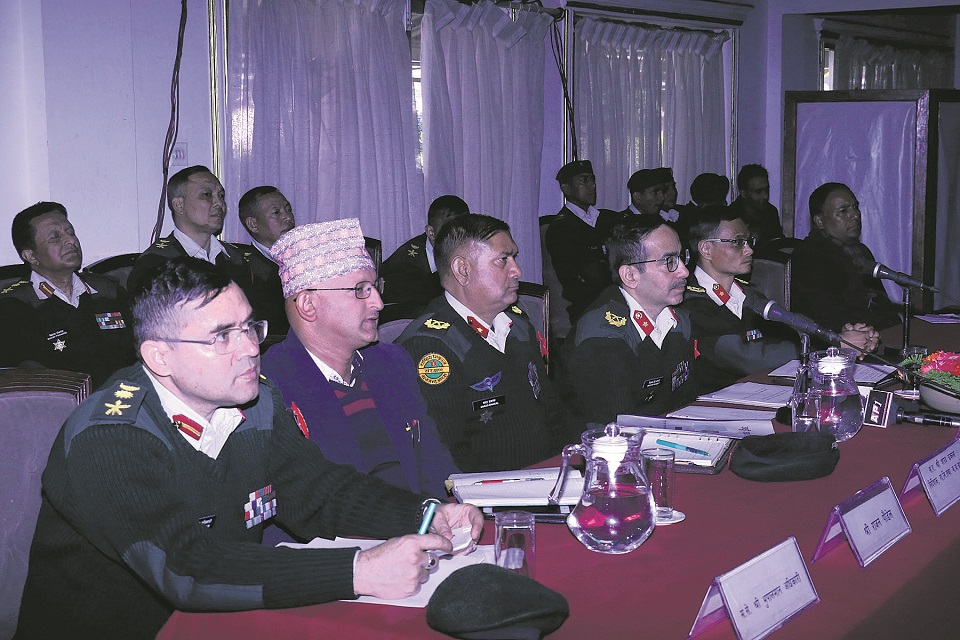 Organizing a press conference at its headquarters on Monday, the NA said it plans to support the government’s initiative to bring in over 2 million tourists by organizing activities that can potentially help make Nepal an important tourist destination. These activities include jungle safari, mountain trekking, Mount Everest expedition, Sagarmatha cleaning campaign, paragliding and the annual Liglige Race, among others.

Similarly, the NA also plans to promote other adventure tourism activities, marathon race, international peace seminars and unification trail trekking to show how Nepal was able to defend its sovereignty even during the adverse circumstances. NA plans to organize the activities in different time throughout the year beginning from 2020.

NA Spokesperson Bigyan Dev Pandey said they are organizing these activities in order to help bring tourists from countries that Nepal has diplomatic relations with and those countries where NA has left its footprint. He said that the tourism promotion activities are part of NA’s modest efforts to help the government to realize the objective of Visit Nepal 2020.

Similarly, the NA plans to organize mountain trekking within its logistical arrangement to the Everest Base Camp, Rara Lake Trek, Annapurna Circuit and Langtang Trek.

Addressing the press conference, Brigadier General Sharad Lal Shrestha, who heads the Fast Track Project, said they are currently preparing for an integrated package of high bridges, tunnel and road works after they received DPR from the government.

The army expects to complete the 72.5 km long Kathmandu-Nijgadh Expressway by April 2024 and hand it over to the government.

Brigadier General Shrestha said they are currently in the process to shortlist consultants for geo-technical and geophysical investigation of the areas where tunnels are being built as part of the fast track. Stating that geo-technical report will be ready by mid-July 2020, Shrestha said that the construction of tunnels shall be started by the selected international construction companies.

KATHMANDU, Dec 26: Only five days are left to formally inaugurate the Visit Nepal Year 2020. The government is going... Read More...

RSP Chairman Lamichhane warns of quitting govt if the party is denied home ministry
3 hours ago
UML in favor of reinstating Lamichhane as Home Minister, Maoist Center opposed to the idea
8 minutes ago

No decision on home ministry leadership until full text of SC’s verdict on Rabi Lamichhane is out: PM Dahal
21 minutes ago

Pokhara-Baglung Highway to be closed for upgrading
38 minutes ago