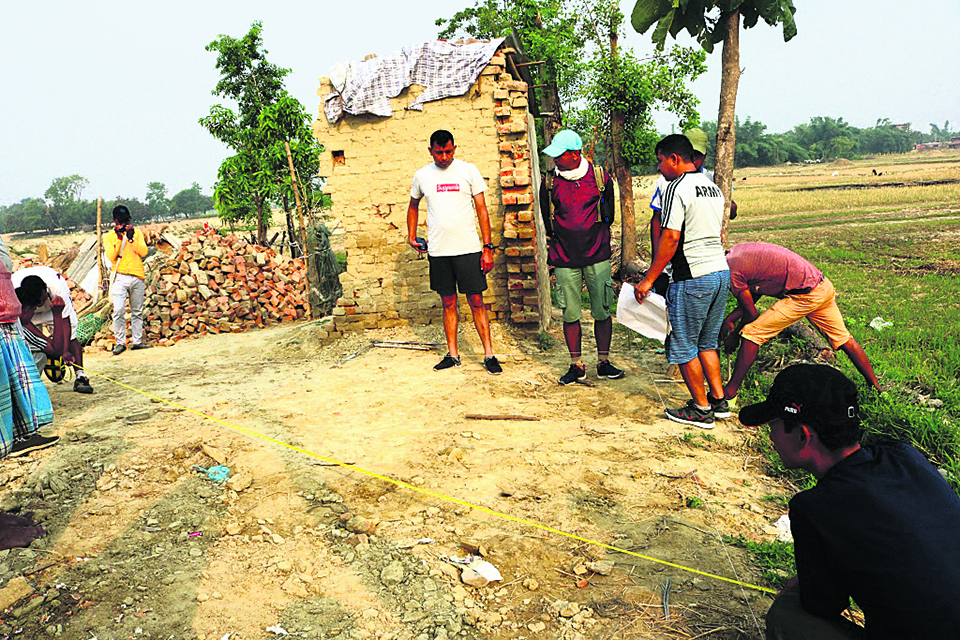 BARA, May 12: After laying the foundation stone on May 4, the Nepal Army has started demarcating the land holdings for building the houses of the tornado victims in Bara and Parsa districts.

The devastating tornado of March 30 killed 29 people in the two districts and rendered hundreds homeless. The government has assigned the army to rebuild the destroyed homes. The army will first clear the tornado debris and then mark out the land plots belonging to different persons.  The debris of the destroyed houses is making it difficult  to identify the property boundaries, according to Nepal Army engineer Mahendra Sijapati.

“If there had been no debris our personnel would have been busy digging the foundations by now,” said the engineer.

Colonel Paras Bikram Shah,  commander of the Chandan Battalion in Kalaiya Sub-Metropolitan City-17, says after clearing  debris, the army will collect the land ownership certificates of the victims and mark out their properties.

The houses will have two rooms, a veranda and a bathroom. Each house will be built on a budget of Rs. 545,000 inclusive of Value Added Tax. As per  details provided by the District Administration Office Bara,  altogether 2, 493 houses were damaged in eight local units of the district.

The government has decided to repair only 1,362 houses which were completely destroyed.