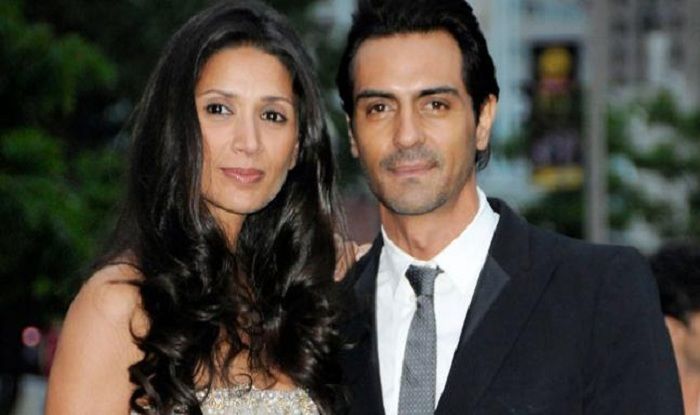 Arjun Rampal and his wife of 20 years, the former supermodel Mehr Jesia, on Monday announced their separation in a statement. Their primary focus will be taking care of their two daughters, they say.

The couple said in a statement Monday that while their relationship has ended, their love for each other lives on. The announcement comes after weeks of speculation about their separation.

Arjun and Mehr married in 1998 and have two daughters, Mahikaa (16) and Myra (13). Both were among India’s first wave of supermodels in the ‘90s. Arjun transitioned into a successful career in the film industry.

A 2017 Filmfare report claimed that the couple had been living separately for months, and had taken a six-month break to ‘re-evaluate’ their relationship.

“After a 20-year-long beautiful journey filled with love and beautiful memories, we would like to share, that all journeys have different paths. We feel that it is time for us to move on to different destinations henceforth.

We have always been solid when it has come to us, we will continue to be solid for each other and our loved ones, as we embark upon a new journey.

Both of us being extremely private people feel strange to be making this statement, but such are the circumstances of our lives. Where the truth can get distorted and lost.

We are a family, our love for each other is forever intact and we shall always be there for one another and most importantly, for our children Mahikaa and Myra. We would therefore appreciate our privacy through this time. Thank all for their support. Relationships can end, but love lives on.

We won’t be commenting on this any further.”

No citizenship certificate even after 25 years of marriage

Gaushala, April 25: A woman at Pipara Rural Municipality in Mahottari district does not have a citizenship certificate even after... Read More...

The year 2017 started with the news of Nandita Das and her husband of seven years Subodh Maskara separating, Times... Read More...