Argentina to attack from the start in crunch qualifier 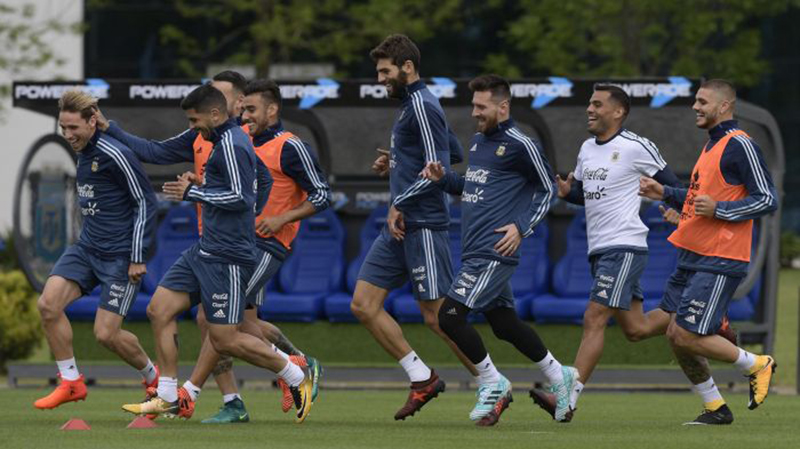 BUENOS AIRES, Oct 5: Argentina will start Thursday’s crunch World Cup qualifier against Peru with a mind on all-out attack in the hope of gaining the three points that would ease the pressure on them for a place in Russia next year, coach Jorge Sampaoli has said.

“Tomorrow we are going out there and giving it everything,” Sampaoli told reporters. “My style is to attack the whole time and play the game in the opponent’s half of the field.”

Argentina are fifth in the South American qualifying group on 24 points, the same as fourth-placed Peru, who hold the advantage on goal difference.

The top four teams qualify automatically for Russia, with the fifth-placed side facing Oceania champions New Zealand in a two-legged playoff in November for another place.

Sampaoli, however, told his players a win on Thursday was imperative because they “are playing for a place in the World Cup finals”.

Sampaoli took over as Argentina coach in June but the team could only draw his first two qualifiers in charge, away at Uruguay and at home to Venezuela.

Although they boast some of the best strikers in the world, Argentina have scored just 16 goals in 16 qualifiers, the second-worst tally in the 10-team group.

The Argentines moved the game from their usual home at the Monumental stadium to the tightly-packed Bombonera ground to get their passionate crowd behind them.

The final match of their South American campaign is on Oct 10 against Ecuador in Quito.

Messi back for Argentina; Chile loses Sanchez for qualifier

BELO HORIZONTE, Nov 9: After missing three matches with an injury, Lionel Messi is back in the lineup for Argentina in... Read More...