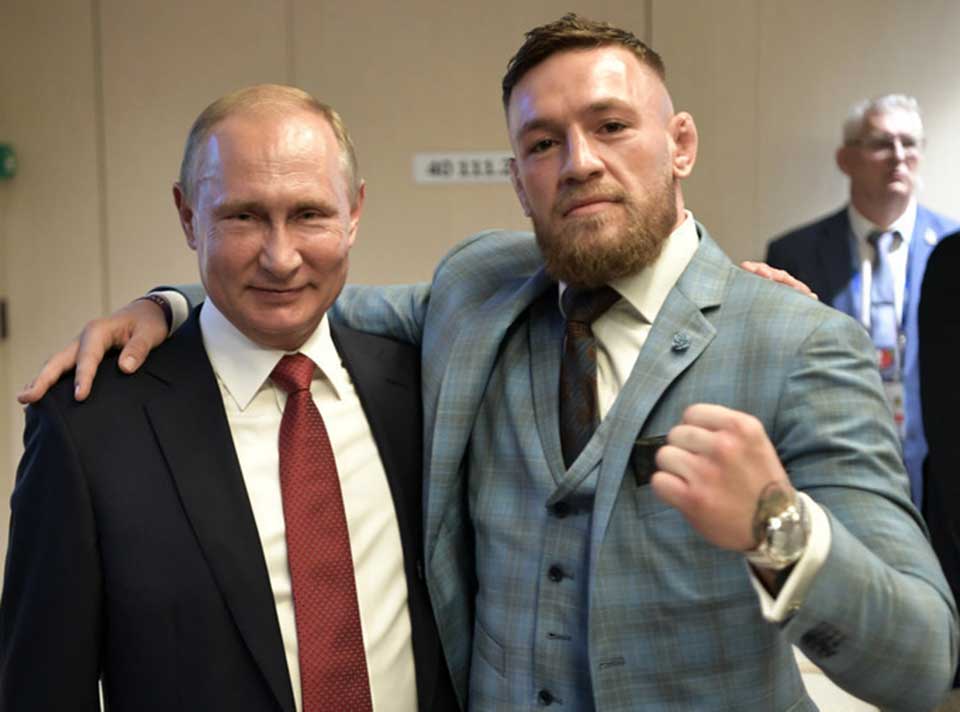 McGregor was invited to the final on July 15 as a guest of Putin, and the two watched France defeat Croatia 4-2 at Moscow's Luzhniki Stadium, with McGregor grabbing a photo with the president, whom he referred to as "one of the greatest leader's of our time" in an Instagram post.

In response, Khabib, who attended the match but did not get a photo opportunity, poked fun at the situation by posting a photo next to a Putin lookalike on Moscow's popular Niolskaya Street near Red Square.

At Thursday's UFC 229 press conference in New York City, Khabib was asked by a reporter to describe how he felt looking from the stands over the stadium VIP box, where McGregor and Putin ate dinner.

"It was a great match, you know," Khabib began. "How I feel? I don't feel anything, because I never want to take pictures with someone. Doesn't matter with the president or with someone..."

Khabib strenuously and numerously denied any disrespect towards Putin, going onto explain: "No, I just don't want a picture with him. What's wrong? [It's] about the picture."

At the same press conference, which UFC CEO Dana White labeled the "darkest" he had ever witnessed because of its personal nature, McGregor also promised to defeat Khabib "in the name of the Russian people."

The two square off for the UFC lightweight title in Las Vegas on October 6 at the T-Mobile Arena in what will likely be the organization's biggest fight of all time.

March 26: Conor McGregor, the Irish UFC star, has claimed he is retiring from MMA after a turbulent 12 months... Read More...

'Send me my broken contract': Khabib threatens to quit UFC if 'brother' banned for Conor punch