Are you a feminist? 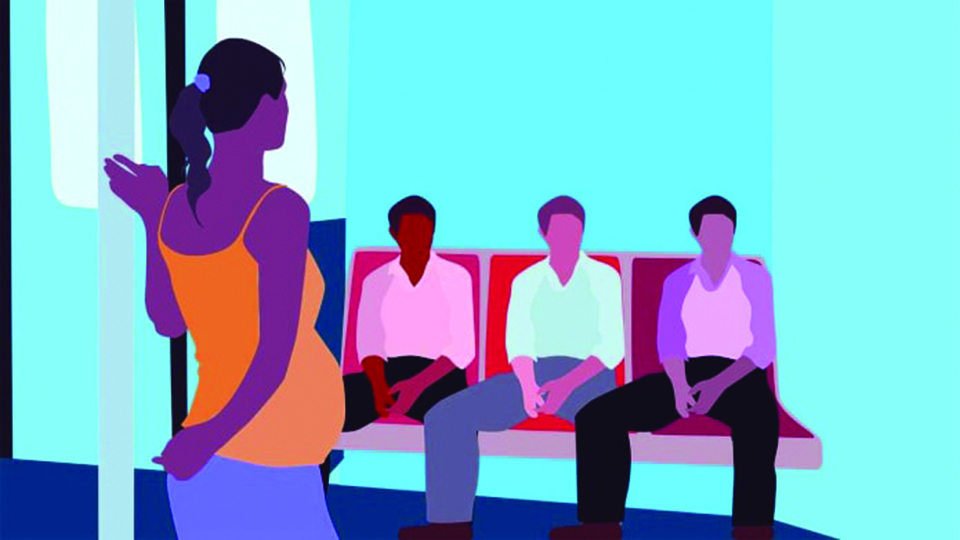 The author is a sociologist.
news@myrepublica.com

Why do most people not prefer to be called as feminists? Is it because feminism is a taboo?

I usually start my gender sensitization workshops with this question. Most of the times, I get predictable response. The seminar hall turns pin-drop silent and participants start looking at each other with confusion. Very few, countable on fingers, commit that they are feminist. A positive aspect of this is they are from all genders.

During interactions with women politicians, they comment that they face behavioral challenges based on gender inequalities, inside and outside of the parliament. But when you ask them if they are feminist, they would like to call themselves activists rather than feminists. So why do most people not prefer to be called as feminists? Is it because being a feminist a taboo?

The same question was asked to more than 200 individuals of different professionals including government officials and academicians. Eighty percent of them denied knowing the exact meaning of the word feminism. In their perspective, a male, being a feminist is the matter of social stigma and a female feminist is the cause of conflict in the family. They consider it as the matter of female superiority.

The Merriam Webster Dictionary defines feminism as the theory of political, economic and social equality of the sexes. This theory focuses on gender equality for women. It involves all sociological theories and philosophies on gender differences and power distribution. Dorothy Smith has defined femininity as a set of socially organized relationship between women and men. It is closely related to the understanding of gender relations, gender roles and power relations. It is less about female superiority.

The eighteenth century, which is also called the era of enlightenment, is considered as the beginning point of thinking about women’s rights. There are many incidents of social movement and campaigns advocating for gender equality, women’s rights and opportunities. Feminism was first used in 1895.  Katherine Hepburn spoke of feminist movement in 1942. But some intellectuals Jeremy Bentham (1781), Marquis de Condorcet (1790), Mary Wollstonecraft (1792), Abigail Adams, Catherine Macaulay and Hedvig  Charlotta Nordenflycht had expressed feminist views much earlier.
Ours is the age of equality, at least in principle. But due to misinterpretation and misunderstanding, many still believe that feminism is about superiority of women over men. The truth is feminism has always sought to eliminate inequality and injustice and promote equal rights for social harmony and development. Feminism is not just concerned with gender inequalities. It has more to do with systemic structural biases, racism, hierarchical system and sexuality.

In Nepal, feminists repeatedly argue that their goal is equal rights for women, not hating men. Yet confusion persists. Sadly, patriarchal structure has developed all socialization process in favor of men. It has created stereotypical gender thinking which promotes anti-feminism thoughts through socialization agents.

During its armed war against the state then CPN (Maoist) recruited a large number of women as combatants and used them in the forefront of battles with security forces. This was a strong statement against stereotype thinking that women are physically and psychologically weaker than males and they need male protection. Back then, the Maoist party had promised women full property rights and liberation from social and political discrimination. They had demonstrated increased understanding about women’s rights.
Social resistance

Feminism has often been misunderstood as womanhood. It is true that biologically women have some different responsibilities that men don’t. But you cannot argue that being a woman means being economically disadvantaged, being at risk of sexual violence and being denied basic human rights. A feminist never says that being a woman is a matter of superiority and their freedom means shamelessness. It advocates that men and women should have equal rights and opportunity.

Since feminism opposes traditional gender roles and advocates for equal responsibilities and opportunities in the society, it is often said to counter the argument that men and women should work interchangeably. It is then generalized that feminism holds ‘men are bad.’ This is the reason most people, who have benefited from existing patriarchal structure, do not consider this theory positively.

Feminists have acknowledged that men’s view towards feminism is aggressive, impulsive and neutral. So, they tend to mistake anti-feminism with feminism.

Society rarely accepts the changes easily and quickly. This is why the sensitization is necessary. The change reflects on the ground only with collective efforts. The focus of any social justice movement should be to help those who are most harmed, not to protect the egos of those who benefit at the expense of exploited.

Feminism does not support the idea that men are men by birth and they should be so. The truth is men have more powerful due to imbalanced power distribution. The goal of feminism is to dismantle such unequal power distribution for equal benefits of men and women, not to hurt men.

In some cases, the person being projected as a feminist may not be digestible for the society. Every society has its norms and values. Those who seek to change those values are generally opposed.

Feminists are sometimes accused of trying to make humanity homogenous by getting rid of gender roles. Diversity is misunderstood as dividing people into two groups: men and women. Feminism then becomes a challenging idea.

Thus it must be understood that feminism is not just for “men” and “women.” Feminism views men and women as playing complementary roles to promote humanity as a whole.
One may want to be masculine or feminine and be happy with assigned gender roles by birth. But if it is all about pressure to perform those roles at any cost just because our patriarchal society says you should, we are not going to create a better world for humanity.

In Nepal, a lot needs to be done to take feminism forward in full swing. Efforts need to be made to increase sensitization of women’s issues. Often the government does not address women’s demands easily. But there have been some positive developments in the recent times. The Local Self Governance Act (1999) makes a representation of women, dalits and janajatis mandatory in local bodies. This has allowed thousands of women to take political responsibilities. Women inclusion is the result of continuous advocacy raised by women. Feminists, therefore, are there to be respected, not scorned.

The author is a sociologist

I am a feminist, are you?

‘Feminist’ - a word I have heard many a times during the course of my lifetime. Few years ago, when... Read More...