Are financial markets none the wiser? 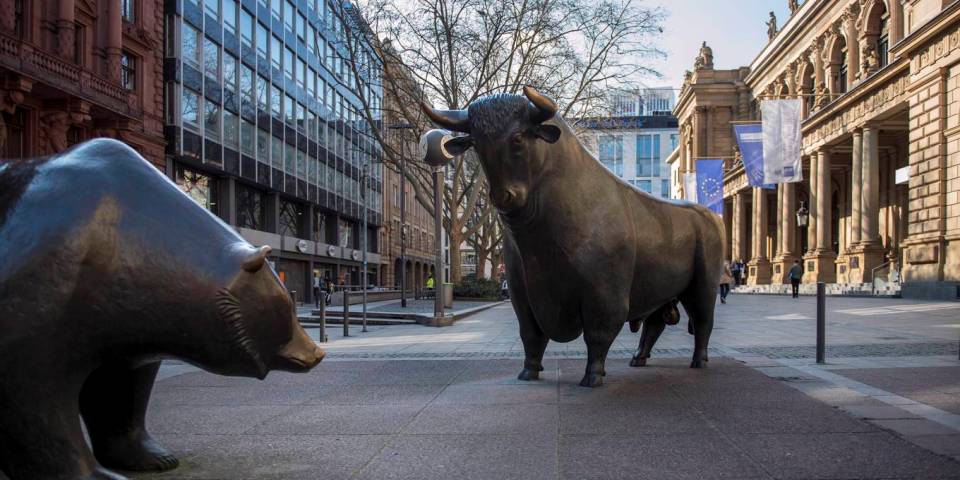 Despite policymakers’ apparent success in reducing the likelihood of another 2008-style financial near-meltdown, could a commercial real-estate collapse in the world’s urban centers become the next catastrophic tail risk?

LONDON – In an April commentary about the wild gyrations in financial markets during the February-March phase of the COVID-19 pandemic, I noted that the behavior of equity markets had been as bewildering, complex, and fascinating as ever. Still, I suspected that a weird logic was at work, and argued that markets might continue to rally despite the collapse of the world economy. And so they have. Will that change?

In my 40 years of observing and participating in financial markets, I have learned that August is always a month to watch. It is the harbinger of the fall, and for whatever reason, that season has featured some of the most tumultuous moments in financial history, from the Wall Street crashes of 1929 and 1987 to the 1997 Asian financial crisis, the 1998 Russian default, and, of course, the collapse of Lehman Brothers in 2008.

There are plenty of reasons to think that the late summer and fall of 2020 will match or exceed the chaos of these previous episodes. For example, imagine if COVID-19 infection rates across Europe were to start spiking again, as they have in the United States and other pandemic hotspots around world. That would trigger renewed lockdowns and place even more pressure on those working toward a vaccine. But what if the phase-three trials for all of the most promising vaccine candidates were to fail?

Moreover, no worst-case scenario can leave out US President Donald Trump, who is growing desperate in the face of rising infections and falling poll numbers. Imagine that Trump were to lash out at China even more aggressively, heaping on additional import tariffs, banning entire categories of Chinese goods and services, blocking US investments in China, and so forth. Needless to say, the implications for the global economy would be grim.

But consider a less frightening alternative. The constant “drip-drip” of the crisis, amplified by nonstop social media, should force more governments to get serious about containing COVID-19 outbreaks and ramping up testing capacity, contact tracing, and production of personal protective equipment.

This pattern emerged early in several Asian countries—China, Singapore, South Korea, and most recently Vietnam—and is now discernible in Europe. Even the United Kingdom, after dithering through the earlier stages of the pandemic, has significantly improved its response. The government has quickly re-introduced quarantine restrictions for travelers from countries with infection spikes, and is enforcing new containment measures in towns and regions that appeared to be letting outbreaks get out of hand.

Moreover, recent reporting suggests that at least four candidate vaccines could be nearly ready for distribution as soon as the end of this year. In the meantime, the boost from ultra-expansive fiscal and monetary policies seems likely to continue in many parts of the world. Just last week, the US Federal Reserve went out of its way to emphasize that it will not be raising interest rates anytime soon, and the US Congress continued to debate another round of fiscal stimulus. Similarly, the European Union has just agreed to a €750 billion recovery fund to provide additional assistance to hard-hit EU economies.

In this more positive scenario, the S&P 500 could well keep rising toward the 4,000 level (up from 2,878 at the time of my April commentary). To be sure, just five tech stocks are fueling the S&P 500’s rise, and bearish observers would point to the eerie emptiness of so many urban centers. Here in London, the streets are so sparsely populated as to suggest a permanent change for the worse.

The bears are not wrong to pose hard questions about the implications of the crisis. Who will bear the costs of so many commercial buildings that might not return to full capacity for years, if ever? Despite policymakers’ apparent success in reducing the likelihood of another 2008-style financial near-meltdown, could a commercial real-estate collapse in the world’s urban centers become the next catastrophic tail risk? Who will pay for the staggering costs of the fiscal programs introduced to support our economies?

But what about permanent changes for the better? One possible silver lining in this crisis is that it may finally push us to embrace the benefits that the laptop and mobile phone were supposed to deliveryears ago. Perhaps it will vastly diminish all of the time that is wasted commuting and sitting in traffic, thereby expanding time for family, friends, household duties, and so forth. Perhaps it will finally lead to an increase in service-sector productivity.

Already, many of our other big societal challenges suddenly don’t seem as daunting as they once did. Around the world, governments have been emboldened by the urgency of the current crisis to embrace new policies and investments in response to climate change. Many also have come to recognize the need for more robust health systems. I know of numerous commissions and reviews being set up to devise solutions to looming problems, all of which suggests that we have been awakened from a dangerous torpor.

As the hot days of summer give way to the shortening days of fall, the pessimistic and optimistic scenarios described above will both loom large in the market. By definition, the steady rise in financial markets makes it harder to justify still more sustained gains. But if this year has taught us anything, it is that nothing should come as a surprise.

LONDON – I recently re-read and reflected on everything I have written for Project Syndicate since the start of this... Read More...