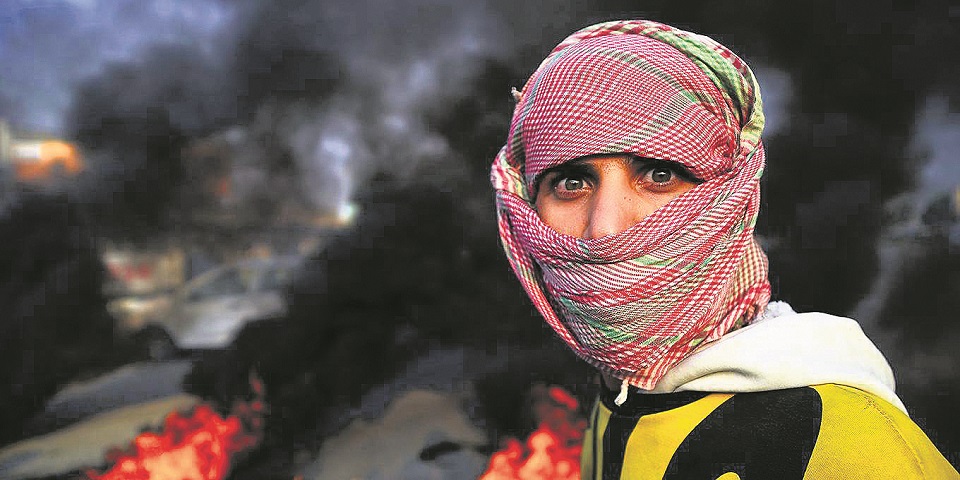 Sami Mahroum is Director of Strategy and Research at the Dubai Future Foundation and Non-Resident Fellow at The Lisbon Council. He is the author of “Black Swan Start-ups: Understanding the Rise of Successful Technology Business in Unlikely Places”
news@myrepublica.com

The Arab world, by contrast, has witnessed at least one big Brexit-like event every decade since 1948

BARCELONA – For the last three years, a bewildered world has watched the countdown to the United Kingdom’s departure from the European Union, better known as Brexit. Leaving the EU will likely affect the British economy severely. Yet, from an Arab perspective, the UK’s prolonged Brexit debate is not a sign of political breakdown. On the contrary, only a country with the UK’s deeply embedded political maturity could even hope to withstand such a vast rupture in legal, commercial, and even social relationships that have been built up over the last half-century.

The Arab world, by contrast, has witnessed at least one big Brexit-like event every decade since 1948—and these political, economic, and social ruptures never seem to heal. The first such episode was the establishment of Israel and the resulting Palestinian “Brexit” from the territory that became the Jewish State. Much of historic Palestine was abandoned, and its people were destined to live in refugee camps for decades to come. An entire Arab economy disappeared, and Israel was boycotted by its Arab neighbors.

Then, from 1952 until 1970, Egypt under President Gamal Abdel Nasser embarked on an economic nationalization experiment that championed import substitution and greatly weakened the country’s commercial ties to the rest of the region. And when Nasser’s successor Anwar Sadat signed a peace treaty with Israel in 1979, Arab countries punished Egypt with an economic and political boycott.

During the same period, several other leading Arab states, including Iraq, Syria, Libya, and Algeria, were inspired by the Soviet economic model and restricted private-sector trade and investment. Unlike the 15 republics that made up the Soviet Union, the Arab world’s Soviet-inspired regimes did not trade among themselves; in fact, some, like Iraq and Syria, boycotted each other.

When the Arab world’s political economy was not breaking down or heading toward autarky, geopolitics inflicted further damage. In 1990, Iraqi troops invaded and occupied Kuwait, at the time the Arab world’s most dynamic economy, depriving the country of its sovereignty. Iraq was put under international sanctions as a result, and United States-led forces subsequently liberated Kuwait. And, of course, in 2003 a US-led coalition invaded and occupied Iraq, a decision that plunged the regional order into turmoil and continues to affect it today.

During the Arab Spring from 2010 to 2016, the region experienced an accelerated chain of Brexit-like events as protesters in several countries (Tunisia, Egypt, Libya, Syria, Yemen, and, eventually, Iraq) sought freedom from regimes that many considered illegitimate. Meanwhile, political tensions elsewhere closed the Algerian-Moroccan border to business, severed commercial links between Qatar and several Gulf countries, and isolated Iran economically.

Arab “Brexits” come with little warning, negotiation, parliamentary deliberation, or media debate, and usually persist for decades. But the impact of these self-inflicted economic disasters is now painfully evident.

In fact, ongoing street protests, strikes, and violence in several Arab countries suggest that a moment of reckoning may have arrived. This unrest could unleash an Arab Spring 2.0, this time focused, one hopes, on prosperity rather than power.

That certainly seems to be the message in Baghdad, Beirut, and other cities around the region, where protesters are calling for politicians to step back and let technocrats take the lead. Although it may be naive to expect policy experts to behave better than professional politicians, Arabs are fed up with opaque political systems in which they have little if any influence over decisions affecting their lives.

An Arab Spring 2.0 should therefore ignite a debate about the sort of economic future citizens want, how they interact with their own governments, and their countries’ relations with neighbors. In short, after decades of their own dead-end Brexits, Arabs need to discuss the same issues that British voters have been addressing since the June 2016 referendum.

That means opening up the policymaking process to society-wide debate and advocacy. Broader engagement with the region’s homegrown technocratic talent may produce much-needed policy innovators. Although the Arab world currently lacks strong and active think tank-like institutions that galvanize experts’ advocacy (like those who have shaped the fates of other countries during severe crises) that need not always be the case. After all, policy engagement is not just about elections and representation, but also about careful analysis and informed advocacy.

In the Republic, Plato writes that, “There can be no good government until philosophers are kings and the kings, philosophers.” At the same time, there is of course no guarantee that Arab technocrats won’t turn into ruthless politicians themselves. Both Hitler and Stalin, for example, manipulated science to justify major social engineering projects that killed millions of people.

But without some effort to depoliticize public policymaking and put social engagement before political enforcement, more Arab Brexits, and continued economic malaise, are a certainty. Protesters in Baghdad, Beirut, and elsewhere are calling for participatory politics and open debate. Their call must not go unanswered.

Sami Mahroum, Professor at the Free University of Brussels, is Senior Fellow at the Issam Fares Institute at the American University of Beirut. He is the author of “Black Swan Start-ups: Understanding the Rise of Successful Technology Business in Unlikely Places”
© 2019, Project Syndicate
www.project-syndicate.org

BUCHAREST/ LONDON, April 6: The British government is optimistic about reaching some form of deal with the opposition Labour Party... Read More...

LONDON, Jan 6 : British Prime Minister Theresa May might again push back a final vote in parliament on her... Read More...

BRUSSELS, August 31: British and the European Union negotiators exchanged recriminations on Wednesday over a lack of progress in the... Read More...