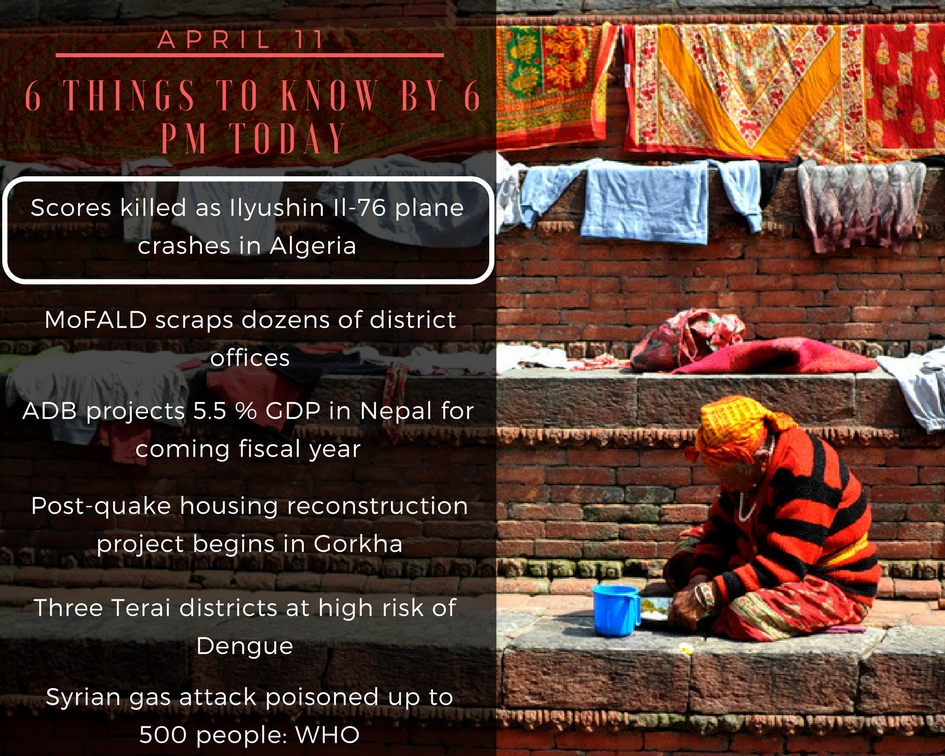 The Ministry of Federal Affairs and General Administration has scrapped around two dozen district level government offices   under agriculture; division cooperative; drinking water; forest; irrigation; land conservation; public health; women development; land revenue, measurement and  reform among others.  Works of these offices will be carried out by local governments.

The Asian Development Bank (ADB) has forecasted 5.5 per cent of Gross Domestic Product (GDP) growth in Nepal in the coming fiscal year 2018/19. The assumption is based on acceleration of ongoing mega projects and higher production of agricultural products. Similarly, average annual inflation is expected to rise moderately to 5.5 per cent in current fiscal year, according to ADB’s The Macroeconomic Update

With the onset of monsoon and summer, three districts in the Terai region; Jhapa, Rupandehi and Mahottari have been categorized as highly vulnerable to dengue. Last year, the districts reported 1,650 dengue cases altogether.

At least a hundred passengers have been reported killed after a military plane crashed near the Boufarik airbase outside the Algerian capital, Algiers. The Russian made plane, an Ilyushin Il-76, was carrying scores of military troops, according to reports.

Syrian gas attack poisoned up to 500 people: WHO

Up to 500 people were poisoned in the Syrian gas attack that killed 43 people including children, the World Health Organisation has revealed. WHO condemned the attack in rebel-held Douma as it revealed the total number of people who reported to hospital showing 'signs and symptoms consistent with exposure to toxic chemicals'.  More than 70 people sheltering in basements have reportedly died, it said, with 43 of those deaths related to symptoms consistent with exposure to highly toxic chemicals.