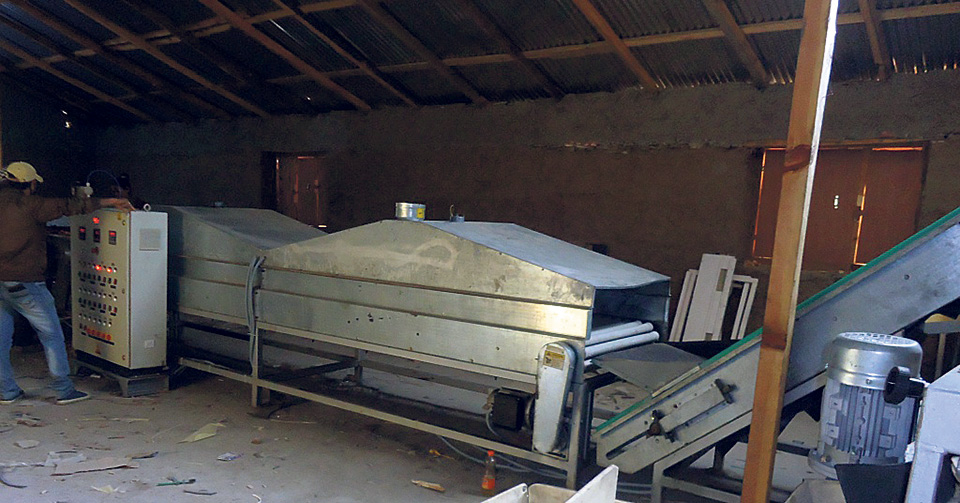 JUMLA, September 1: Apple grading machine, which was introduced in the district seven years ago, has not been brought to use yet.

DCA invested Rs 2 million to procure the machine from India, while remaining Rs 6 million was borne by Fruit Development Directorate, Kirtipur. The machine was kept under sky for nearly two years due to delay in finding a place to accommodate. This caused some parts to rust even before the machine came into operation.

“The machine cleans the fruits and sorts them into different categories based on their size. When the machine was brought into the district, we had expected that the machine would further flourish apple farming in Jumla,” he said, adding: “Unfortunately, it didn’t happen.”

JUMLA, July 4: An apple processing plant has been established in Patarasi-5 of Jumla district. ... Read More...