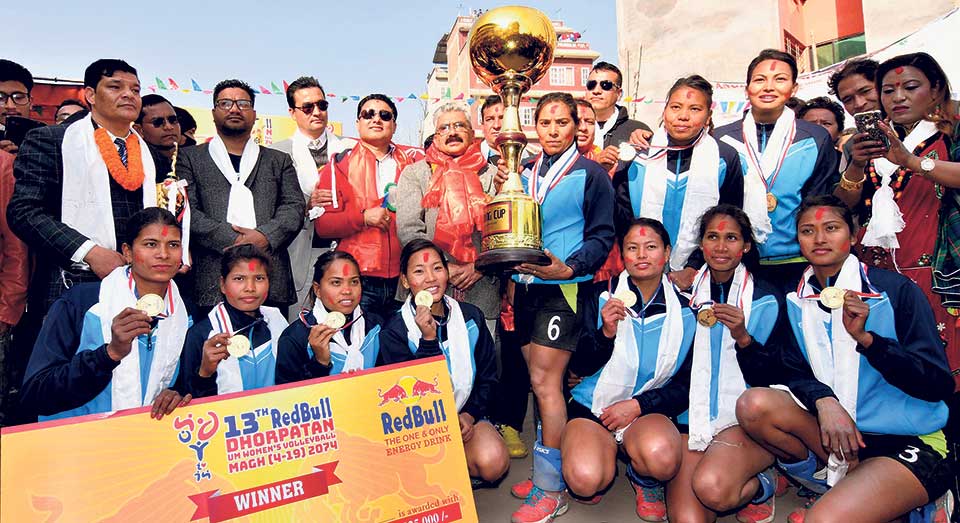 APF, who ended the tournament unbeaten, finished in the first place with 50 points from 17 matches. NDA grabbed second place with 46 points from as many matches.

TOPS secured the third place with 35 points from 17 matches, while NPC has 33 points with one game still to play.

NDA’s Salina Shrestha Libru and Kripa Adhikari were declared the best lifters. Likewise, APF’s Reshma Bhandari got the best blocker award and Gyanendra Bista was named the best coach of the tournament.

Whereas, NPC’s Kopila Rana and TOPS’ Aruna Shahi became the best kicker and the best server. All the best performers got Rs 5,000 each.

All the winners were prized with a scooter each