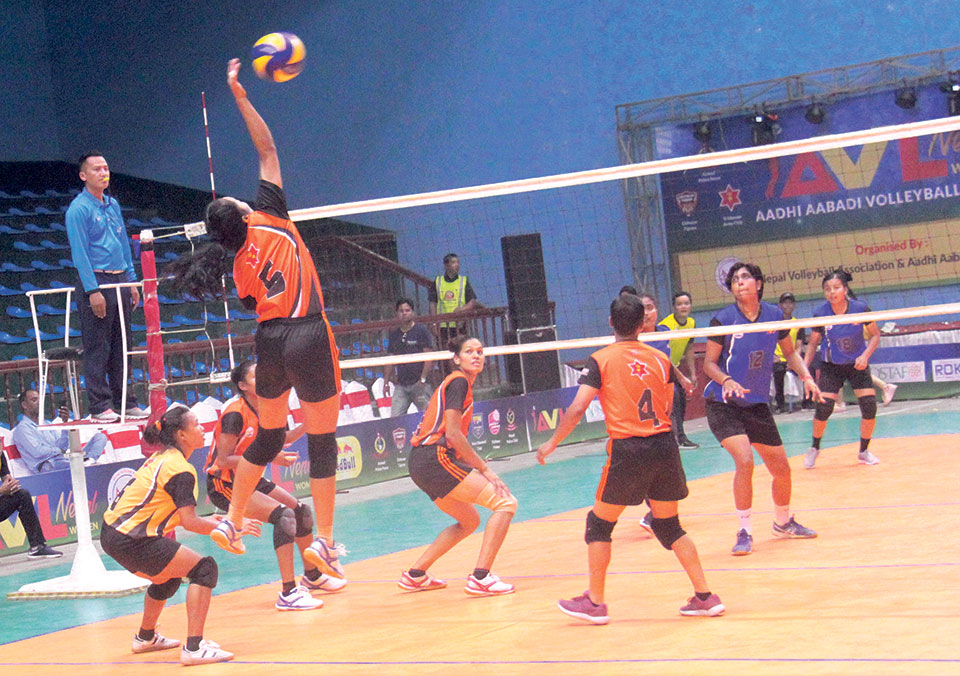 Likewise, New Diamond Academy will face Tribhuvan Army Club for the other place.

At the APF’s Volleyball Court in Halchowk, APF and New Diamond won all their games on Wednesday to reach the semifinals.

On the day, APF, inspired by a brilliant Reshma Bhandari performance, defeated Dhorpatan Training Center on straight sets of 25-1, 21-10, 25-2. Bhandari was declared the man of the match as he recorded personal eight points.

Twin wins for APF in volleyball