Athletes compete in 200 meters race during the Eighth National Games at the Beljhundi Stadium in Beljhundi, Dang on Saturday. Armed Police Force Club’s Aashish Chaudhary celebrates after winning the 100 meters race. Armed Police Force Club’s Dipesh Dhami celebrates with his trophy after winning the men’s singles in the 40th National Badminton Tournament in Dang on Saturday.

In men’s singles played at the Ghorahi Covered Hall, Dhami showed signs of breaking Tamang’s dominance and his rise in badminton as he defeated Tamang in straight sets.
Tamang was the defending champion of the last edition, and Dhami has been successful to take revenge for his final loss and has ended Tamang’s dominance.

Dhami and Prince Dahal have been giving strong challenge to Tamang since the last tournament.
It was a good day for APF, as Dhami’s teammate Rasila Maharjan ended Army’s Nangsal Tamang to win the tournament.

She beat Tamang 19-21, 21-14, 24-22.
Maharjan, 14, had also won the Krishna Mohan Memorial National Badminton Tournament. Currently studying in grade nine, Maharjan, like Dhami, has set herself as one of the best of the national level badminton.

Lamgade had improved her own national record in javelin throw on Friday and shot put on Thursday, but only finished in the fourth position in discus.

In the category, Army’s Amrita Mahato won the gold medal throwing the discus as far as 36.03 meters, while Province 5’s Sangeeta Adhikari and APF’s Jit Kumari Mahato claimed silver and bronze respectively. Adhikari threw the discus to 32.80 meters, while Mahato to 31.85 meters.
In men’s category, Army’s Chitra Bahadur Oli won the gold, while Police’s Puskal Khadka and Province 1’s Ranjil Shrestha claimed silver and bronze. Oli threw the discus as far as 37.02 meters, while Khadka and Shrestha threw it 33.50 and 32.65 meters respectively.

In recurve mixed event, Army’s Roshan and Gyanu along with Dumbar Thapa and Aisha Tamang entered into the final.

In men’s 30 meters team event, Army saw off Thasang 5-3, while Best knocked out Kaski 5-3 and reached the final. Likewise, in the women’s category of the same distance, Annapurna thrashed Sunsari 6-0, while Kanchanpur overcame Army 5-1 to advance into the final.
In mixed 30 meters standard, Annapurna’s Raj Kumar Chhantyal and Archana Thapa along with Army’s Tabin and Manju Bajgain reached the final. 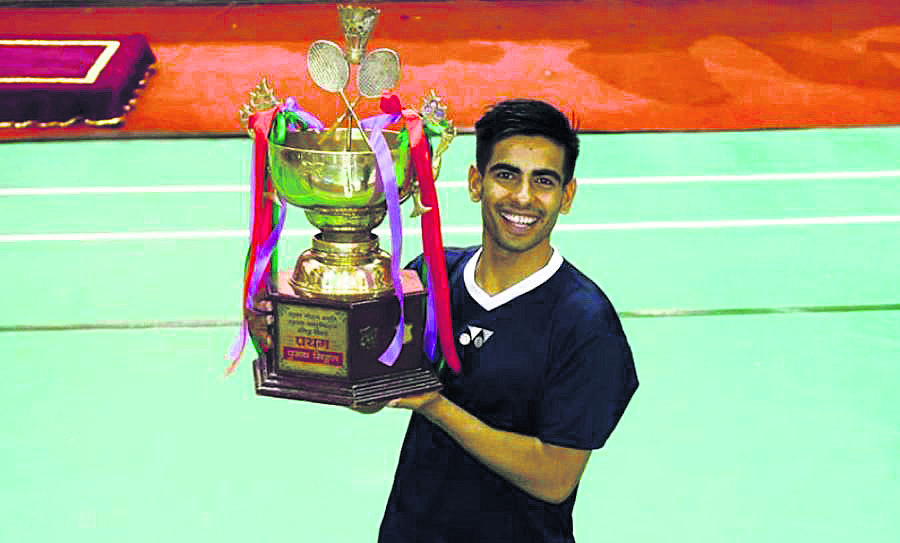 I have told Deuba that I will become the first PM of the new government: Dahal
9 hours ago

No Alternative to Deuba as NC PP leader : Purna Bahadur Khadka
22 hours ago
Janamat Party and LSP ready to form alliance for coalition government
6 hours ago

Man beaten to death in Dhanusha
1 hour ago