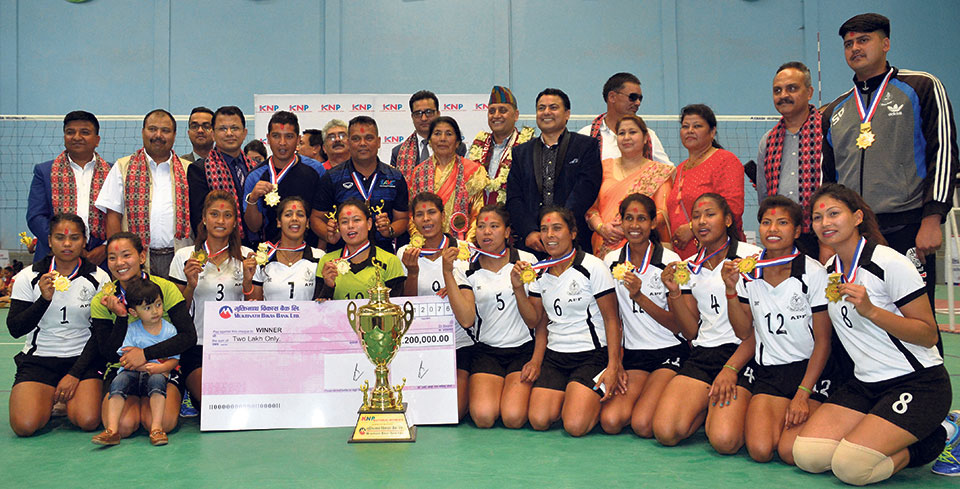 Members of Armed Police Force Club (APF) pose with their trophy for a group photo as they celebrate after defeating Tribhuvan Army Club in the final of KNP National Women’s Volleyball Tournament at the Nepal Army’s Training and Coaching Covered Hall in Lalitpur on Tuesday. Photo Courtesy: NSC

Humanity and power have an inverse relationship.  If that sounds like too strong an opinion, let us see two related... Read More...