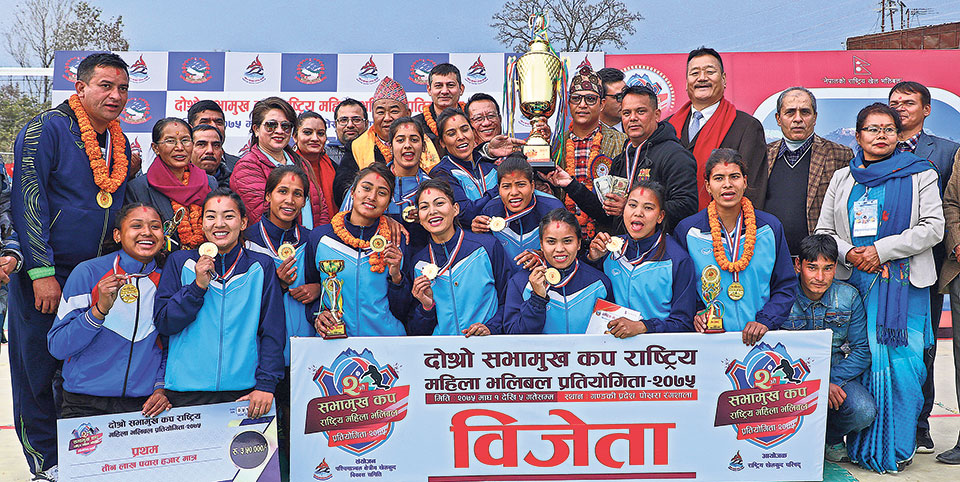 At the Pokhara Stadium, APF has been successful to defend the title with a commanding win.

APF dominated the first set winning the set 25-8, while Police made a spending comeback in the game winning the second set 25-19 to level the score to 1-1.

Likewise, APF’s Saraswati Chaudhary was adjudged the best player of the tournament and was rewarded with Rs 10,000.

TAPLEJUNG, May 9: Departmental teams Nepal Police Club and Tribhuvan Army Club will take on each other in the summit... Read More...

KATHMANDU, Feb 13: The departmental team, Nepal Police Club, has clinched an easy win in its the last match under... Read More...