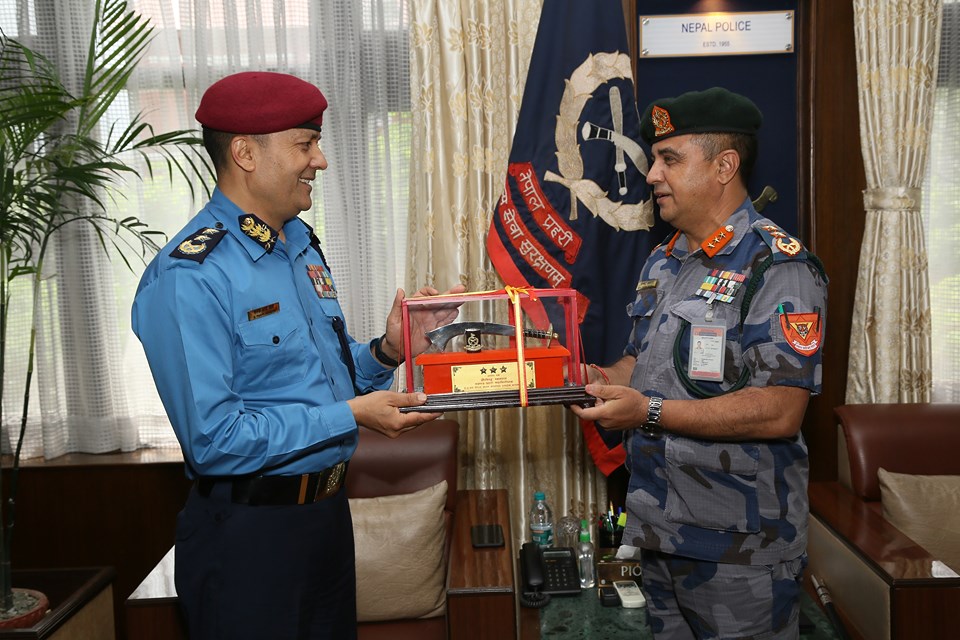 KATHMANDU, July 15: The chief of the Armed Police Force (APF), Shailendra Khanal, visited the Nepal Police Headquarters at Naxal on Tuesday to congratulate the newly-appointed chief of Nepal Police.

During the meeting, Khanal congratulated IGP Chhetri for being appointed as the top officer of Nepal Police.

Interestingly, Khanal and Chhetri are from the same batch of Nepal Police before the government formed the Armed Police Force in 2001. APF was formed with the personnel voluntarily joining the force from Nepal Police and Nepal Army.

Additional inspector general (AIG) of Nepal Police Hari Bahadur Pal and other top officials from both the security forces were also present during the meeting.

Energy Minister Barshaman Pun also urged people not to worry about the current power cuts as that is 'just a... Read More...

​The government has introduced a much-awaited ordinance in an apparent bid to punish acid attackers and discourage such incidents ... Read More...

KATHMANDU, Sept 25: Minister for Culture, Tourism and Civil Aviation, Yogesh Bhattarai has said that there is no alternative to... Read More...

What’s the matter with China?
17 hours ago