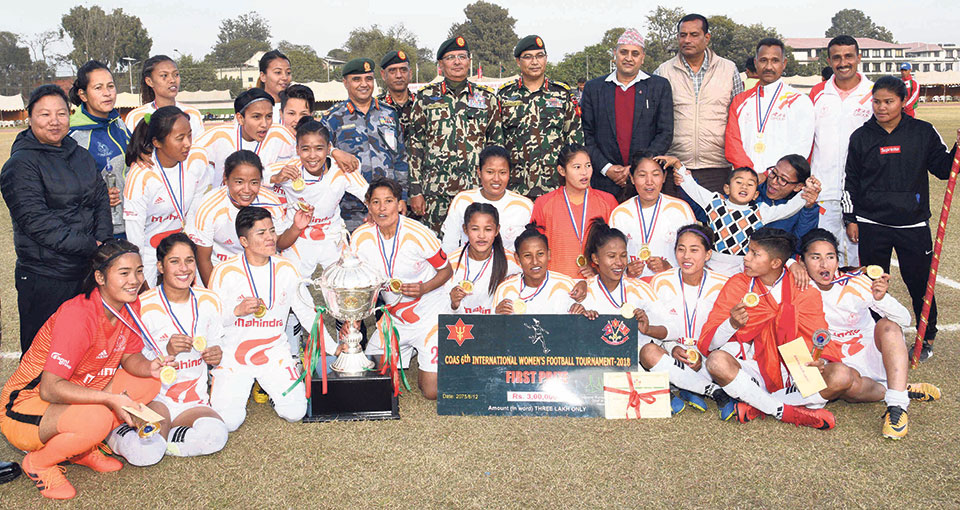 At the Army Headquarters, the match was pushed to the extra time after the teams finished 1-1 after the regulation time. The game could not get a result in the additional 20 minutes as well, so the teams went to the penalty shootout where APF defeated Army 4-2 to win the title.

Earlier, APF had taken the lead through Basnet in the 41st minute utilizing a pass from Saru Limbu. Army equalized in the 61st minute with a goal from Bimala Chaudhary.

The winner of the tournament APF took home a cash prize of Rs 300,000, while the runner-up Army was rewarded with Rs 150,000. Likewise, the semifinalists Nepal Police Club and Province 2 got Rs 50,000 each.

Army’s Punam Jarga Magar was named the best player of the tournament and she got a Yamaha scooter.

A total of 12 teams including three departmental teams, seven provincial teams and two teams from India took part in the tournament.

The tournament was organized by Nepal Army with the technical support of the National Sports Council (NSC) and the All Nepal Football Association (ANFA).