APF, Army to meet in semifinal 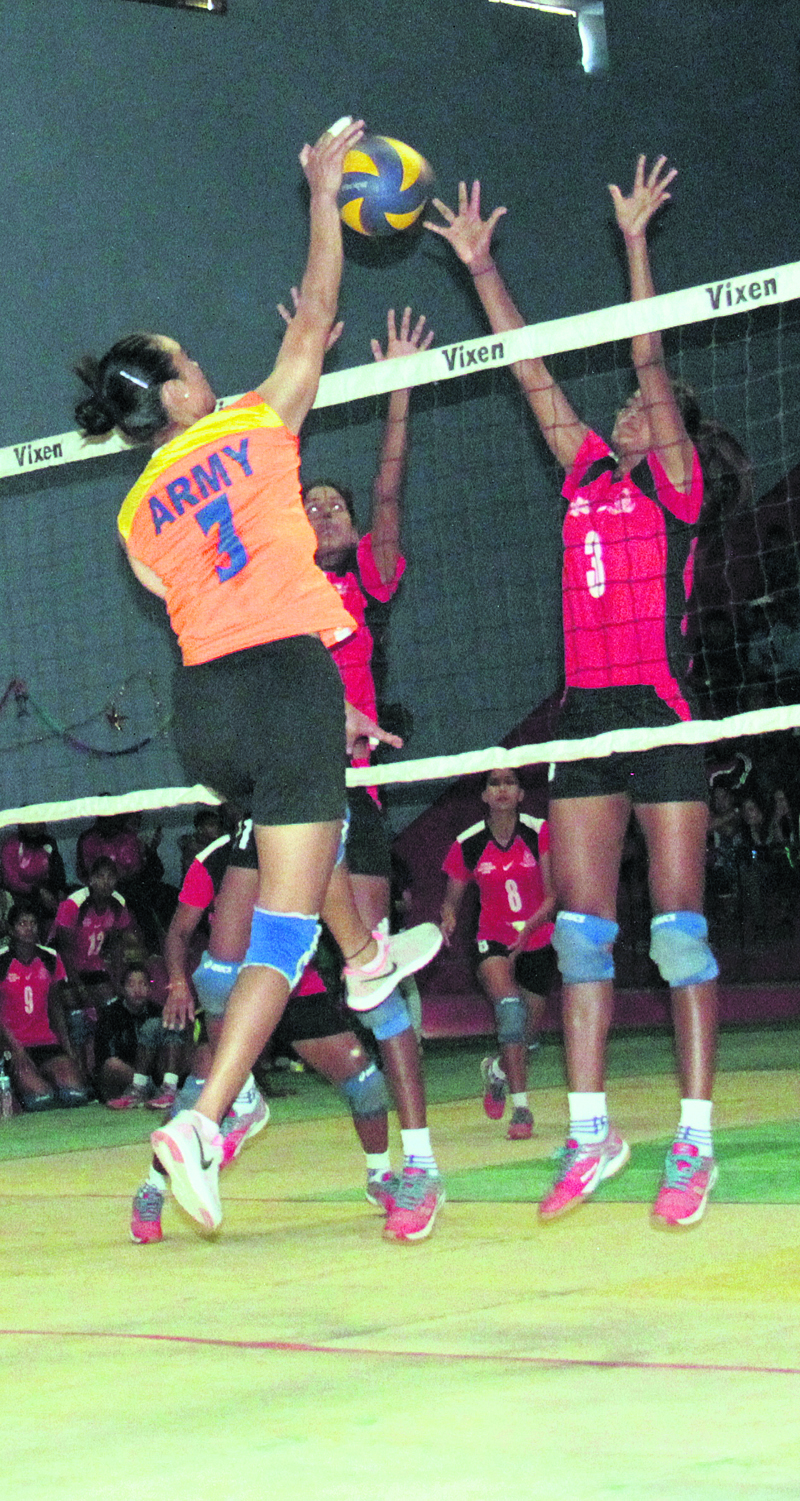 Army, comparatively a weaker as well as youngest side among other departmental teams, gained a much needed boost on Sunday after it overcame Barsat Association of India in straight sets. However, Army was no match to its departmental rival.

Lok Bahadur Budha, former volleyball player of Army, is leading the team in Nepalgunj. Budha played for the departmental team for 10 years in the capacity of setter.  Budha, who is in changed role of coach since last one year lauded APF and pointed out his opposition were superior in every department of the match. “We have been giving more priority to junior players with the view to develop team in future. APF is a strong side studded with big names. We had the aim to win at least one set but the players were nervous. We could not throw tough fight to APF due to weak defense,” Budha said.
He was also hopeful that the young guns of Army will return home with positives from the tournament.

Police is the champion of the first edition of the event held four years ago and it easily overcame local Mid-western team for place in the last four. Police is also studded with majority of new faces. All players are new besides national team spiker Kopila Upreti and libero Kamala Pun. Police is also facing drought of experienced players. Lack of full-time setter is the biggest problem of Police in the tournament after Sushila Thapa, also the former member of national team, did not travel to Nepalgunj owing to her personal problem. Kamala, the first-choice libero of Police was deployed as setter in Nepalgunj.

Police coach Bharat Shah said that his side had no other choice than to deploy Kamala as setter. “The absence of regular setter has made us difficult in two positions,” Shah said adding that they would face a tough time to win the title. “Though we are former champion, it will be really difficult for us to win the title. We don’t have strong team as of past. There is no uniformity in the level of new players. Indian team and APF are experience sides.”

Railway Team of India and Police secured semifinal places as winner and runner up of Group A while APF and Army booked last four ticket from Group B. The tournament being held in the league-cum-knockout format features six teams from Nepal and India.

The constitution has been vindicated
13 hours ago

Our most vulnerable need protection during the pandemic. We can then celebrate the constitution
12 hours ago

VOX POP: People say constitution turns out to be mere sheet of paper due to lack of implementation
42 minutes ago