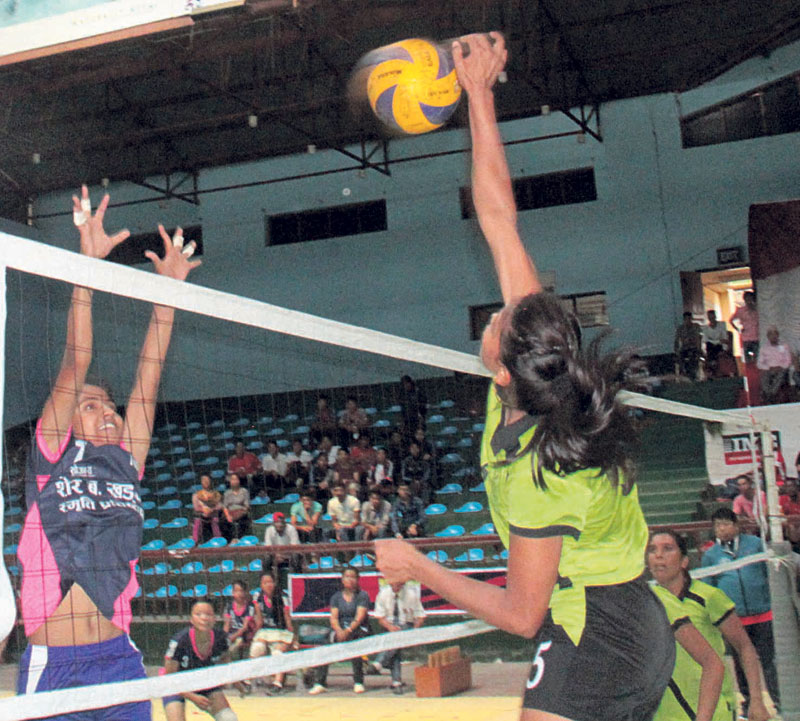 The final between the two departmental teams was confirmed after both the teams won their semifinal match at the covered hall of National Sports Council, Tripureshwar in Kathmandu on Tuesday.

APF made a convincing start by claiming the first set 25-15 against New Diamond that fielded three debutants in the match.

The second set was quite competitive as APF had to struggle till the last moment to win it 25-21. At a moment the score was level on 19-19. However APF, having experienced players, dominated the opponent in the dying moments.

The third set was also competitive at the beginning with both the sides in same tempo till the score was 11-11. However, APF made quick progress to win the set 25-17 and secure a place in the final.

Similarly, Police struggled in the first set to claim it 25-18, but claimed the second set comfortably 25-12. In the third set, Western made Police toil hard to win it 25-22.
Meanwhile, the third place match between New Diamond and Western will also be played on Wednesday.

NAC repatriates 10,912 Nepalis from abroad
2 minutes ago
‘Diplomatic note’ sent to India to take action against dissemination of blasphemous material about Nepal, its political leadership
16 minutes ago