Another VAR controversy as Manchester City are held by Spurs 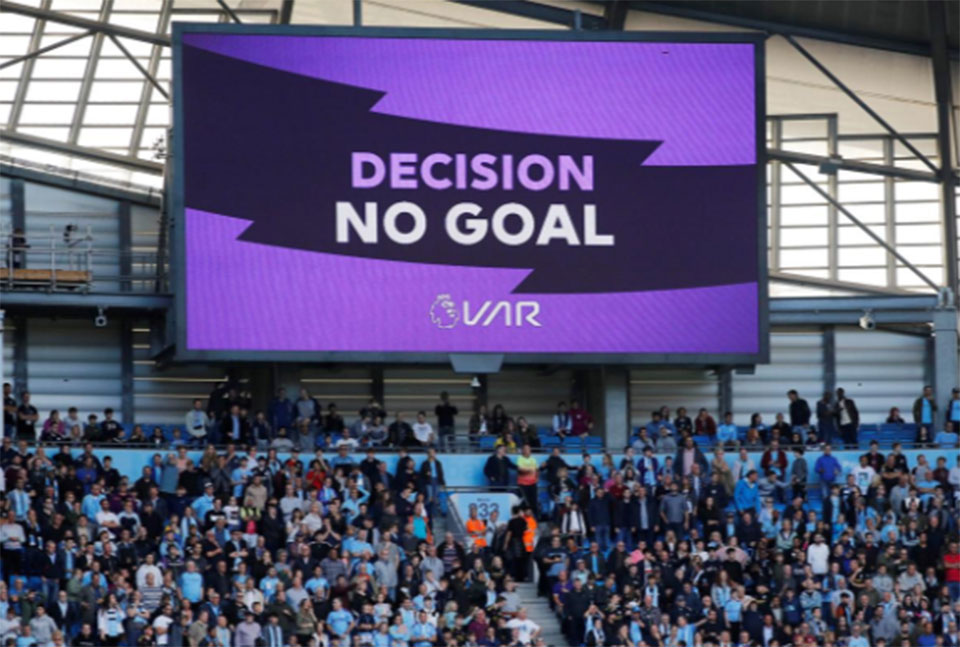 MANCHESTER, Aug 18: Manchester City had a late goal from Gabriel Jesus ruled out by VAR review as they drew 2-2 at home to Tottenham Hotspur on Saturday — their first league home game without victory in nearly eight months.

An outstanding game of football, with two teams of technically gifted players competing at a relentless tempo, was decided by a ruling which would never have been given under the previous laws on handling.

Jesus drove in what looked like the winner in added time but while City were celebrating, the VAR review had spotted the ball brushing the arm of City defender Aymeric Laporte before the Brazilian struck home.

The new handball rule has removed the need for intent to be considered. Even accidental contact with the hand is enough to rule out a goal.

The drama — and the bitter feeling of celebrating victory only to end up seeing it taken away — was all too familiar for City who had exited the Champions League in April to Spurs when they had a late ‘winner’ from Raheem Sterling ruled out by VAR.

“Deja vu. It’s deja vu,” said City manager Pep Guardiola, who was quick to point out several inconsistencies in the use of VAR, including what he felt should have been a penalty for a Spurs foul on Rodrigo.

“It’s a penalty and Rodri went down but VAR in that moment was taking a coffee,” said the Spaniard, who said questions about the incident should be directed at the officials.

Spurs skipper Hugo Lloris said he felt the game had been lost.

“For me, the game was lost [when Jesus scored]. It was completely different in the Champions League last year. To be fair, it was a great finish from Gabriel Jesus but VAR is part of football now,” he said.

“It depends on the interpretation of people. Everyone is free to talk about it but the referee has to make a decision and this time it’s unlucky for City and a help for Tottenham.”

The drama and controversy will overshadow an excellent encounter which City dominated for large stretches, playing what Guardiola said was some of the best football under his charge.

City had taken the lead in the 20th minute when Kevin De Bruyne swung in a cross from the right which Sterling met at the back post with a textbook header.

But City’s advantage lasted less than three minutes as Erik Lamela fired Spurs level after he was expertly picked out by Tanguy Ndombele.

The setback failed to hold back Guardiola’s side and it was no surprise when Sergio Aguero restored their lead in the 35th minute, with De Bruyne once again the provider with a low ball superbly turned in at the near post by the Argentine.

Again City camped in the Spurs half, peppering Hugo Loris’s goal, but once more the visitors fought back.

Mauricio Pochettino sent on Lucas Moura as a substitute and the Brazilian scored with his first touch, beating Kyle Walker to head in a Lamela corner.

Then came the late drama and controversy as VAR once again stole the headlines.

LONDON, Oct 30: Manchester City returned to the Premier League summit on goal difference as they dug out a 1-0... Read More...

IPO of CEDB Hydropower allotted, lucky 234,195 investors get 10 units each
17 hours ago

KP Oli sworn in again as PM, no new faces in new cabinet
15 hours ago

How long does protection from COVID-19 vaccines last?
20 hours ago

What next: Midterm elections or a full-term Oli govt?
10 hours ago

India reports daily rise in coronavirus cases of 343,144
20 hours ago