Another six-lane road under construction in Birgunj 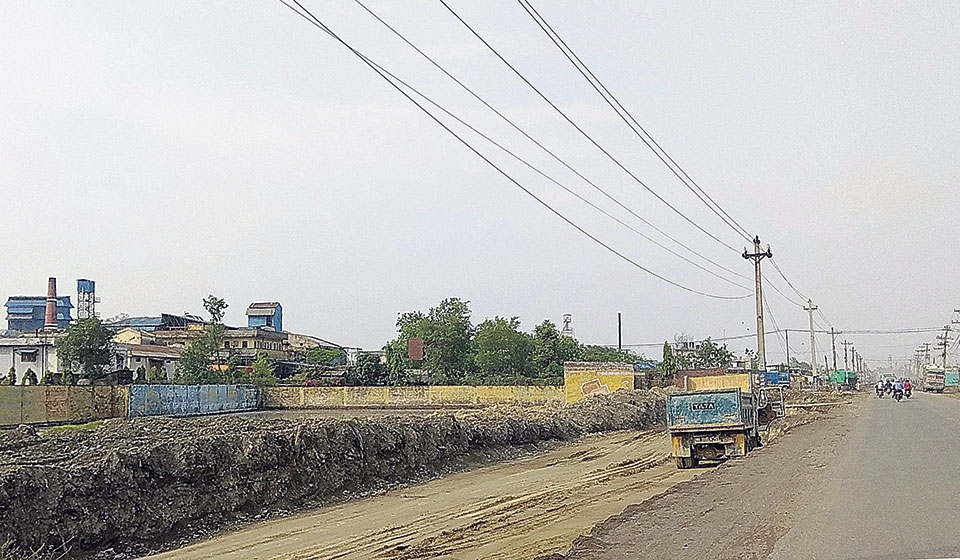 The first six-lane road in Birgunj, which connects Parbanipur with newly-inaugurated Integrated Check Post in Alau, is already under construction. The second six-lane road will be 4-24 kilometers long.

Only the Tribhuvan Highway has been linking Birgunj, which handles more than 70 percent of the country's foreign trade, to other parts of the country so far.

“Construction of two six-lane roads will provide great relief to locals of Birgunj," Bijay Saraogi, mayor of Birgunj Municipality, told Republica. "The new roads will ease road congestion as well as accidents and air pollution. He expressed commitment to ensure smooth construction of both the roads.

Tribhuvan Highway was built in the 1950s. At that time, vehicular movement from and to Birgunj used to be negligible. However, movement of motor vehicles to and from Birgunj has seen an exponential growth over the past years.

According to the road design, a median will divide the road into two roads having three lanes each. Each lane will be three-meter wide. Both the roads will also have a five-meter surveillance lane.
The first six-lane road has already achieved 30 percent work progress. The 27-kilometer road project has been divided into six packages and works are progressing in all the packages.

Project Engineer Saumya Anand said that there has been on obstruction in road construction except some compensation issues. “Private houses and infrastructure of industries have created some obstacles. But we are coordinating with local governments to sort out the problem," she added.

Inability of the Nepal Electricity Authority (NEA) to remove electricity poles and transformers has been creating some problems for the project. However, the project office resolved the problem by including the work in the project contract and awarded it to private parties.

BIRGUNJ, Jan 24: Construction work on a bus terminal in Birgunj is still not complete 45 months after the project... Read More...

Birgunj Corridor becoming a hub for production of construction materials

BIRGUNJ, May 24: With the quake reconstruction picking up pace in quake-ravaged Nepal of late, production of construction materials within the... Read More...

BHAKTAPUR, Aug 8: The condition of Kathmandu-Bhaktapur road section is deteriorating every other day due to negligence of concerned authority. Read More...