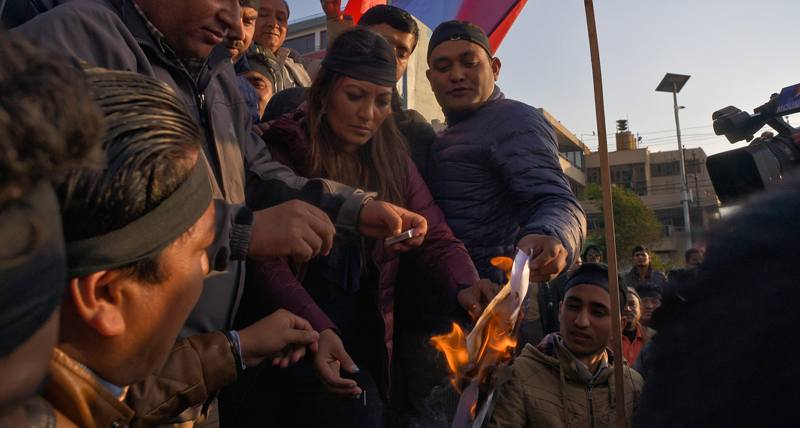 KATHMANDU, Dec 1: All Nepal National Free Students Union (ANNFSU), sister wing of the CPN-UML, has staged demonstrations in front of major campuses across the country on Thursday morning.

The demonstration staged in front of major campuses has affected transportation.

Students unions,  political parties and general people have taken to the streets after the government registered a constitution amendment bill proposing to split five hill districts from Province 5, grant Hindi language an official business status, among, others, on Tuesday evening.

ANNFSU Chairman Lama said that the union will carry out a funeral rally at Shanti Batika in Kathmandu as part of protest against the proposed bill.

KATHMANDU, Aug 20: Dr Govinda KC, who has been fighting against the anomalies and aberrations in the medical education and... Read More...