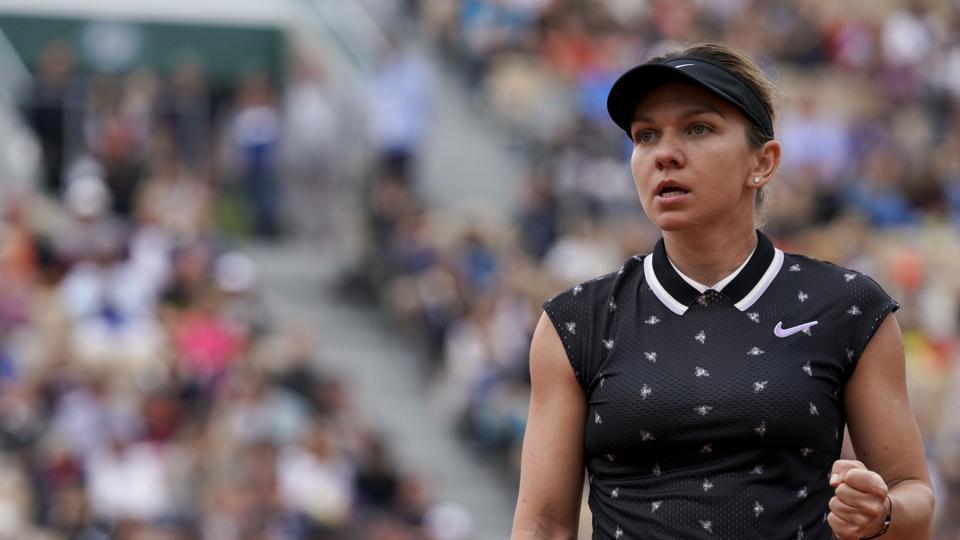 PARIS, June 6: Teenage sensation Amanda Anisimova blew defending champion Simona Halep out of the French Open with a shock 6-2 6-4 victory in the quarter-finals on Thursday, and immediately set her sights on winning the Suzanne Lenglen Cup.

Third seed Halep, who had been looking to become the first woman to retain her title at Roland Garros since Belgian Justine Henin won three times in a row from 2005-07, never found a solution to counter the 17-year-old American’s beguiling mix of speed and accuracy.

The unseeded Anisimova, the first player born in the 2000s to reach the last eight at a Grand Slam, can become the first teenager to lift the trophy here since Iva Majoli of Croatia prevailed in 1997.

She next faces Australian eighth seed Ashleigh Barty, who beat American Madison Keys in the day’s other rescheduled quarter-final after Wednesday’s complete washout.

“This is honestly more than I could ever have asked for,” Anisimova, who won her first tour-level title on the Bogota clay in April, said on court at the finish. “That was one of the best matches I have ever played.

“Going out there today, I knew that if I wanted it I had to give something different.”

“I think she played great. I think that I have done everything I could today and in this tournament, I’m happy with the result,” a graceful Halep said.

“It’s not bad at all to make quarter-finals at a Grand Slam. Coming in as a defending champion, the pressure was on.”

Halep’s defeat means that the 2019 champion will be the ninth different winner in the last 10 Grand Slam tournaments.

Anisimova played fearlessly from the start to storm to a 4-2 lead, and then broke Halep again to bag the opening set in under half an hour.

With balls flying off her racket like a speeding bullet, Anisimova piled on the pressure as she lured her opponent to the net before finishing off the point with passing shots.

With ticket holders opting to enjoy an early lunch before the men’s semi-final between Novak Djokovic and Alexander Zverev kicked off, the players were left to battle it out in a half-empty stadium.

A few ‘Simona, Simona’ chants came down from the stands as Halep finally won a game after losing seven in a row.

Anisimova was 3-1 up in the second when Halep earned break points, but the American fended them off with some superb angled winners.

Halep eventually broke back in the seventh game when Anisimova overcooked a backhand down the line.

The teenager showed signs of nerves at 4-4 but Halep failed to convert a break point. That miss proved costly for Halep as Anisimova wrapped up the greatest win of her young career with her 25th winner.

Halep races past Tsurenko to move into fourth round

PARIS, June 1: A ruthlessly efficient Simona Halep marched into the fourth round of the French Open on Saturday, dropping... Read More...

PARIS, June 2: Ash Barty has reached the last 16 of the French Open for the first time without dropping... Read More...

PARIS, May 27: Petra Kvitova withdrew from the French Open on Monday due to an injury to her forearm, hours before... Read More...