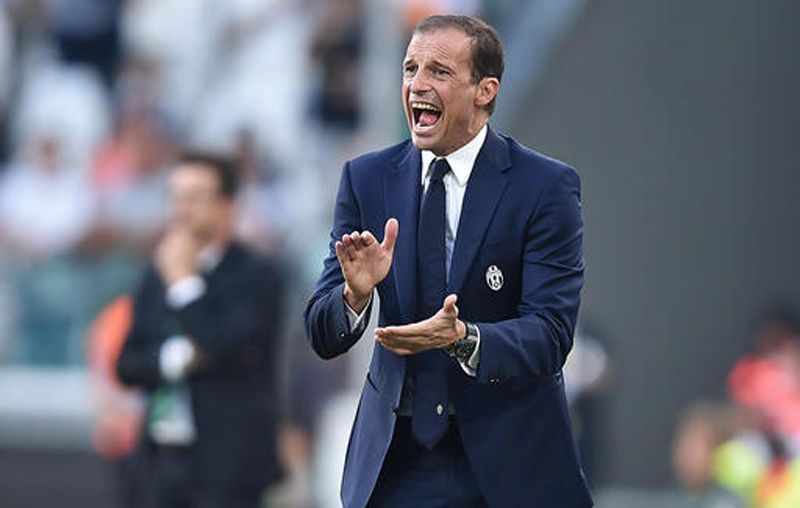 TURIN, Sept 15: Juventus coach Massimiliano Allegri angrily denied his side is favorite to win the Champions League following a massive outlay in the transfer market in the offseason.

A sixth successive Serie A title appears to be a foregone conclusion for Juventus after a summer spending spree which included signing last season's top goalscorer Gonzalo Higuain from Napoli for 90 million euros ($99 million) in the most expensive transfer in Italian football history.

Great things were also expected of Juventus in Europe, but it opened up its campaign with a disappointing 0-0 draw at home to Sevilla on Wednesday.

Juventus reached the Champions League final in Allegri's first year in charge, losing to Barcelona, but was eliminated in the round of 16 last season by Bayern Munich.

As well as Higuain, it also brought in the likes of Miralem Pjanic, Dani Alves, Medhi Benatia and Juan Cuadrado — although it sold Paul Pogba back to Manchester United for a word-record fee of $116 million.

Higuain, who scored twice in the opening 10 minutes of a 3-1 win over Sassuolo on Saturday, was kept quiet by a defensive-minded Sevilla at the Juventus Stadium, although he did go closest to breaking the deadlock shortly before the hour mark when he headed Dani Alves' cross off the crossbar.

Juventus has won its opening two matches in the league but now trails Lyon in Group H after the French side beat Dinamo Zagreb 3-0, and needs a positive result in Croatia in two weeks' time.

Defender Giorgio Chiellini believes Allegri's anger in the post-match press conference was directed at the media hype surrounding Juventus and not his players.

"It's more a message to the outsiders because the players are very much aware of what we need to do," Chiellini said. "On the outside on the other hand there is always a lot less balance and you go from hero to zero in an instant and that's not reality.

"We need to continue with a lot of calm, a lot of balance, a lot of humility, knowing that on Saturday we won 3-1 but we made a lot of mistakes. Tonight it was 0-0 but we had a better performance. We need to improve day by day because the aim is to get to March and still be fighting on all fronts."

ATHENS, Sept 13: The favorite to become UEFA president has criticized the secret deal - accelerated ahead of Wednesday's election... Read More...