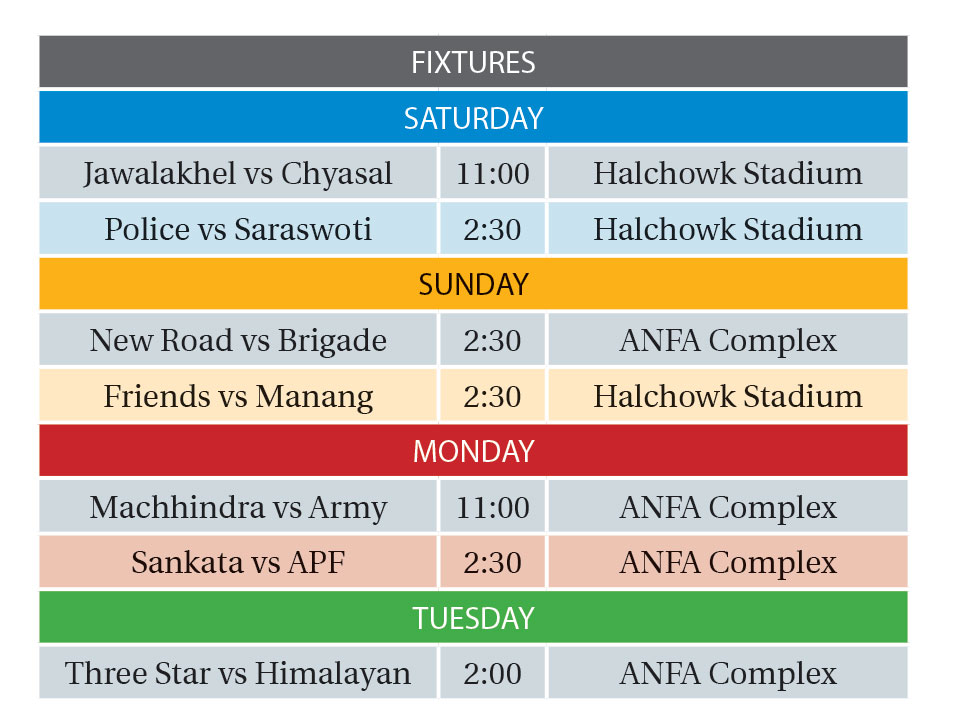 ANFA is set to provide the inaugural award to best young player of Martyr’s A-Division League after its completion. An amount of Rs 100,000 will be provided to the winner of the coveted award. “To recognize the contributions of Shah in Nepali football we came up with such decision,” said Kiran Rai, an ANFA spokesperson in the official announcement program.

Meanwhile, ANFA revealed the fixtures of last round of A-Division matches starting on Saturday. Jawalakhel Club will face Chyasal Youth Club on first match on Saturday followed by Nepal Police Club versus Saraswati Club at the Halchowk Stadium.

Finally, on Tuesday, the league will culminate with the final match of the season between Three Star Club and Himalayan Sherpa at the ANFA Complex.

Manang has already clinched the title of the league held after five years with 36 points after 12 matches whereas Sankata finished second. Rs 5 million and Rs 3.5 million will be handed to the respective clubs for finishing first and second.

KATHMANDU, Jan 1: Stating that there have been huge financial irregularities within the All Nepal Football Association (ANFA), the presidents... Read More...