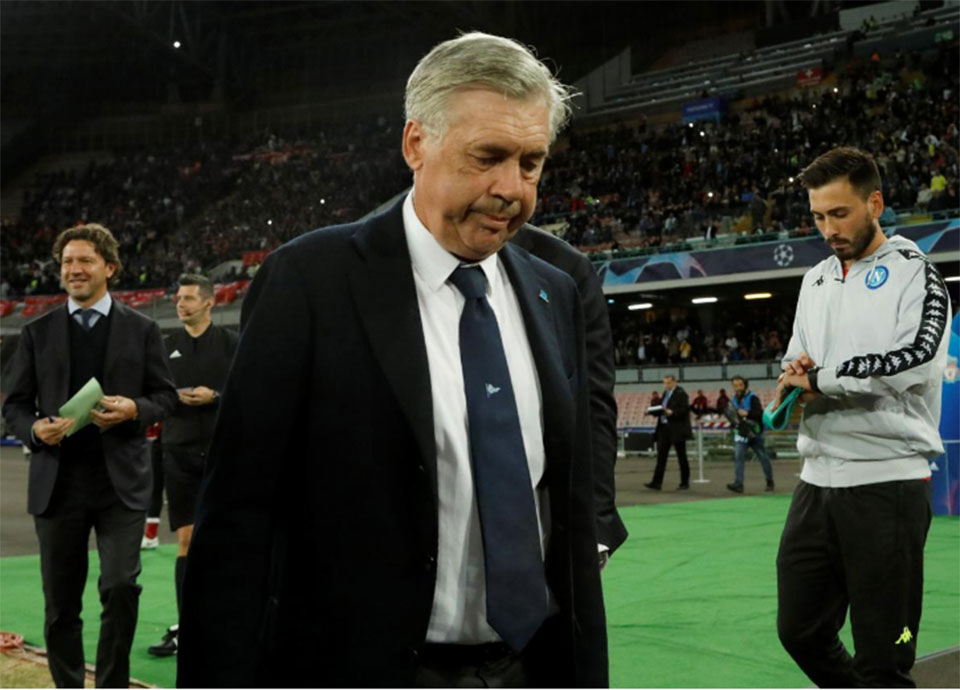 NAPLES, Oct 4: Carlo Ancelotti said he was happy to wait until the 90th minute for his Napoli side to find the winner in a 1-0 Champions League victory over Liverpool on Wednesday — because it gave him less time to worry.

The Italian team dominated proceedings against last season’s runners-up, ensuring they did not manage a single shot on target, but they had to wait for a late Lorenzo Insigne strike to secure the three points that sent them top of Group C.

Yet Ancelotti, who managed both AC Milan and Real Madrid to the Champions League title, assured reporters that the timing was not a concern to him.

“The team did well throughout the game, we never lost control,” he told Sky Italia. “We were very good defensively, we didn’t give anything away.

“We had the chances to score earlier, but I think we timed the goal well. If we had scored a few minutes earlier, we would have had more time suffering!”

Ancelotti made a surprising tactical selection ahead of kick-off by bringing in defender Nikola Maksimovic for just his 20th Napoli appearance in more than two years, as the Serie A side used a system that alternated between a three and four-man defence.

“We defended with 4-4-2, the same as many other times,” explained Ancelotti.

“What changed was building from the back. I put in Maksimovic to avoid the strong pressure Liverpool forwards tend to put on us.

“Mario Rui, with a more open and advanced position, caused them problems. Above all, it was to stop them stealing the ball off us at the start of the attacking move.

“It’s the game I expected and always do. I see the quality this team has, but with a little tension we don’t express ourselves the way we should. I hope this victory can build confidence and make us play with more freedom.”

Liverpool manager Juergen Klopp was left frustrated by a toothless performance from his team that saw them fail to record a shot on target in a Champions League match for the first time since February 2006.

“When that happens, you cannot produce. The midfielders or the full-backs tried to go forward, but we lost the ball and had to go back in the other direction. It was intense, but we caused the intensity of the game ourselves.”

The result leaves Liverpool in second place on three points, level with Paris St Germain, two points ahead of Red Star Belgrade but one point behind new leaders Napoli.

“Tonight we weren’t as good as we could be,” said Klopp. “ “We had good moments, but not enough. A 0-0 away from home is okay, but we made a mistake before their goal. That’s the second time this season that we have conceded a goal like that.”