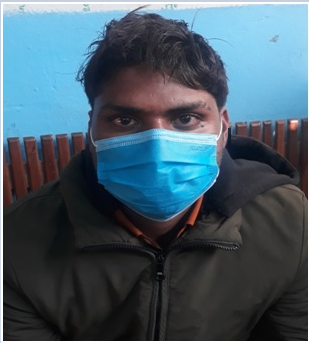 KATHMANDU, Jan 6: Police have arrested an Indian national on the charge of murdering a fellow Indian by attacking the latter with a weapon in Kathmandu Metropolitan City-16 on Tuesday evening.

The Indian national named Subodh Sharma, 25, is accused of killing Kalam Miya, 25, a resident of Mahottari district of India, by attacking with sharp scissors, according to police.

“Sharma attacked Miya at around 9:45PM on Tuesday. Miya, who was critically injured, breathed his last while undergoing treatment at the Tribhuvan University Teaching Hospital in Maharajgunj,” said police.

Miya breathed his last at around 10:20PM.

Following the incident, Sharma was absconding to Birgunj on a Tata Sumo Jeep. A team of police from the Area Police Office, Pharphing, nabbed Sharma from Pharphing at around 5:25AM today.

The arrested has been sent to the Metropolitan Police Circle, Balaju, for further investigation.

KATHMANDU, Dec 4: Nepal Police has nabbed the alleged mastermind behind the killing of construction contractor Sharad Kumar Gauchan, the then... Read More...

MAHOTTARI, Nov 27: The Mahottari District Court on Sunday sent to prison a man who earlier was sentenced to 20... Read More...

CHITWAN, July 13: A person accused of murdering a woman three days ago at Kalash Hotel in Narayangadh was arrested... Read More...