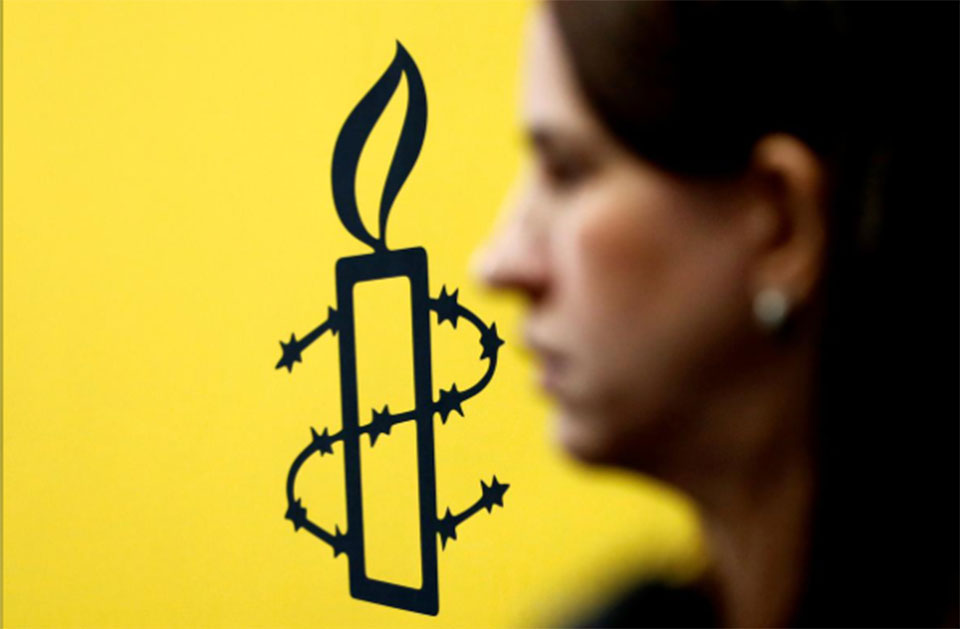 FILE PHOTO: The logo of Amnesty International is seen next to director of Mujeres En Linea Luisa Kislinger, during a news conference to announce the results of an investigation into humans rights abuses committed in Venezuela during protests against President Nicolas Maduro in Caracas, Venezuela February 20, 2019. REUTERS/Carlos Jass

LONDON, March 21: Amnesty International attacked the electric vehicle (EV) industry on Thursday for selling itself as environmentally friendly while producing many of its batteries using polluting fossil fuels and unethically sourced minerals.

Manufacturing batteries can be carbon intensive, while the extraction of minerals used in them has been linked to human rights violations such as child labour, a statement from the rights group said.

“Electric vehicles are key to shifting the motor industry away from fossil fuels, but they are currently not as ethical as some retailers would like us to believe,” it said, announcing the initiative at the Nordic Electric Vehicle Summit in Oslo.

Production of lithium-ion batteries for EVs is power intensive, and factories are concentrated in China, South Korea and Japan, where power generation is largely dependent on coal or other fossil fuels, Amnesty said.

Global automakers are investing billions of dollars to ramp up electric vehicle production. German giant Volkswagen for one plans to raise annual production of electric cars to 3 million by 2025, from 40,000 in 2018.

Amnesty demanded the EV industry come up with an ethical and clean battery within five years and in the meantime that carbon footprints be disclosed and supply chains of key minerals identified.

Last month, a letter seen by Reuters showed that 14 non-governmental organisations including Amnesty and Global Witness had opposed plans by the London Metal Exchange to ban cobalt tainted by human rights abuses.

Instead of banning the cobalt brands, the LME should work with firms that produce them to ensure responsible sourcing, they said.