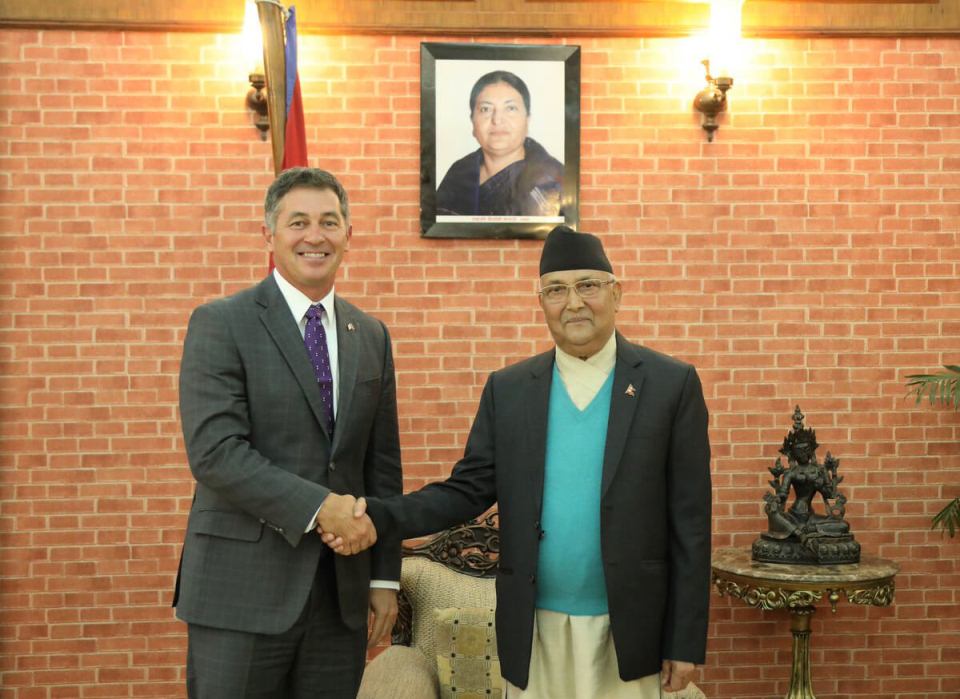 KATHMANDU, Feb 5 : Amid tensions in bilateral ties between the United States and Nepal over their differences on the issue related to ongoing Venezuelan political crisis, US Ambassador to Nepal Randy Berry called on Prime Minister KP Sharma Oli, on Tuesday.

The meeting comes a day after the ruling Nepal Communist Party reiterated its stance over the Venezuelan crisis saying that there should not be any foreign intervention in the internal affairs of the South American country.

On Monday, the NCP denounced the US ‘interference in Venezuela’s internal affairs’, a day after the main opposition Nepali Congress expressed concerns over the recent unease in Nepal-US relations caused by ‘ insensible, immature statements’ issued by the government and NCP Chairman Pushpa Kamal Dahal.

“We believe that there should be not any foreign intervention on the ongoing political crisis in Venezuela. The party stands by its stance on the matter,” party spokesman Narayan Kaji Shrestha said.

Shrestha also said that the duo chairman Oli and Dahal maintain common position on the issue related to Venezuelan crisis.

Following futile attempts to convince Venezuela’s embattled President Nicholas Maduro to step down to end a long standing political crisis, US last month unilaterally recognized Juan Guaido as the republic’s interim president, undermining the elected government. While the US and its allies in Europe have welcomed the move, other countries including Russia and China have stood against it.

Reacting to the political development in the oil-rich communist state in a strong-worded a statement, Dahal described the act of “US and its allies” an “unacceptable intrusion in internal affairs and an attempt of imperialist coup”.