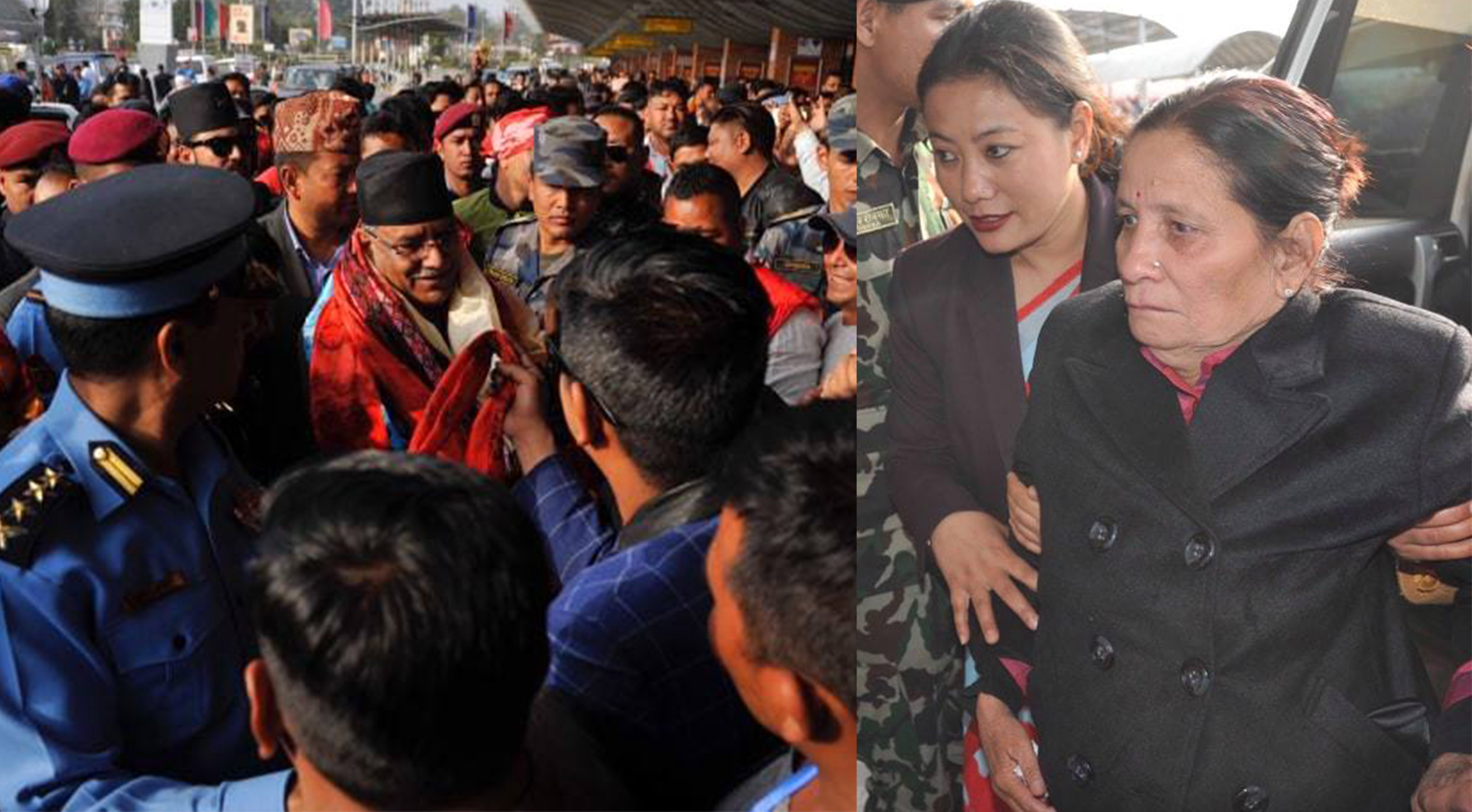 KATHMANDU, March 17: Co-chairperson of Nepal Communist Party, Pushpa Kamal Dahal said that his visit to the United States was personal than political. He, however, said that there could be official and unofficial visits with ambassador and United States government officials during his visit. The former Prime Minister said so while debriefing media persons at the Tribhuvan International Airport before the couple’s departure to the United States.

Dahal, however, said that with changing the political situation in the country, he’d try to be back in Kathmandu in a week’s time while his daughter and son-in-law would look after their ailing mother, Sita, who will be admitted to Baltimore-based Johns Hopkins Hospital in the United States to treat Progressive Supranuclear Palsy. Sita has been suffering from the disease for the past few years.

According to the National Institute of Neurological Disorders and Stroke, “Progressive supranuclear palsy (PSP) is an uncommon brain disorder that affects movement, control of walking (gait) and balance, speech, swallowing, vision, mood and behaviour, and thinking. The disease results from damage to nerve cells in the brain. The disorder’s long name indicates that the disease worsens (progressive) and causes weakness (palsy) by damaging certain parts of the brain above nerve cell clusters called nuclei (supranuclear). These nuclei particularly control eye movements. One of the classic signs of the disease is an inability to aim and move the eyes properly, which individuals may experience as blurring of vision.” The disorder affects three to six person in 100,000.

“The Johns Hopkins Hospital is the best hospital in the world and we hope to cure her ailment,” Dahal said. The couple will be accompanied by their daughter, Ganga and son-in-law Jeevan Acharya.