Amendment proposal will not be approved: Pokharel 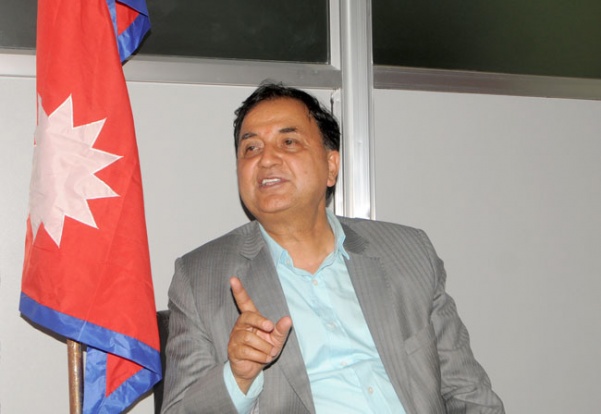 POKHARA, Dec 18: CPN-UML general secretary Ishwor Pokharel today reiterated that the constitution amendment proposal registered in the Parliament would not be passed at any cost, terming it unconstitutional and against the mandate of the people.

He rather challenged the government to amend Article 274 of the constitution and then bring the amendment proposal.

Pokharel was speaking at a press conference organized by the Kaski chapter of Press Chautari Nepal in Pokhara.

Acknowledging the need to unite the whole country together by maintaining social harmony between Hill and Madhes, he viewed that the government could keep the proposal on hold if it feels it is difficult to revoke it at this point of time.

Referring to the protest against the proposal to take some hilly districts off Province 5, he said there is no demand to integrate hilly districts of Province 5 into Province 4. He also stressed the need for making a road to implement the constitution by organising all three levels of the elections within the stipulated time (13 months remaining).

Likewise on the occasion, UML secretary Yogesh Bhattarai said UML would never stay away for national pride and that it was ready to go for the elections. RSS

‘Constitution amendment proposal should be put on hold if not revoked’

KMC to run free ambulance service during Dashain
30 minutes ago