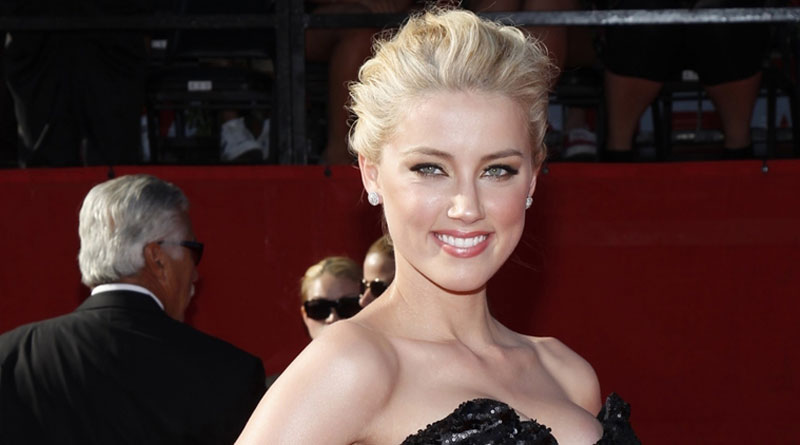 Amber Heard, who just settled her acrimonious divorce case with Johnny Depp, has spoken out about eliminating violence against women in a video. The actress partnered with the #GirlGaze Project for a new video about domestic violence, and briefly shared her personal story, reported People magazine.

“I guess there was a lot of shame attached to that, the label of victim. It happens to so many women you know, when it happens in your home behind closed doors with someone you love it’s not straightforward,” Heard, 30, says.

“If a stranger did this as it was pointed out to me if a stranger did this it would be a no brainer.” Heard had filed for divorce from ex-husband Johnny Depp in May after 15 months of marriage, claiming in court filings that Depp, 53, had abused her throughout their relationship.

She had also filed a domestic violence restraining order against Depp four days after filing for divorce. “If I hadn’t had a few people that I really trust around me, a few women support, a few friends. If I hadn’t had them around me, how different my life would be,” Heard said in her emotional PSA.

“Just as a woman having gone through this in the public stage, in the public arena that I did it, I have a unique opportunity to remind other women this doesn’t have to be the way it is, you don’t have to do it alone, you’re not alone. We can change this,” she added.

The couple announced they had reached a divorce settlement outside of court in August, just one day before their scheduled restraining order hearing. The judge ultimately dismissed the domestic violence case against Depp and terminated the actor’s temporary restraining order.