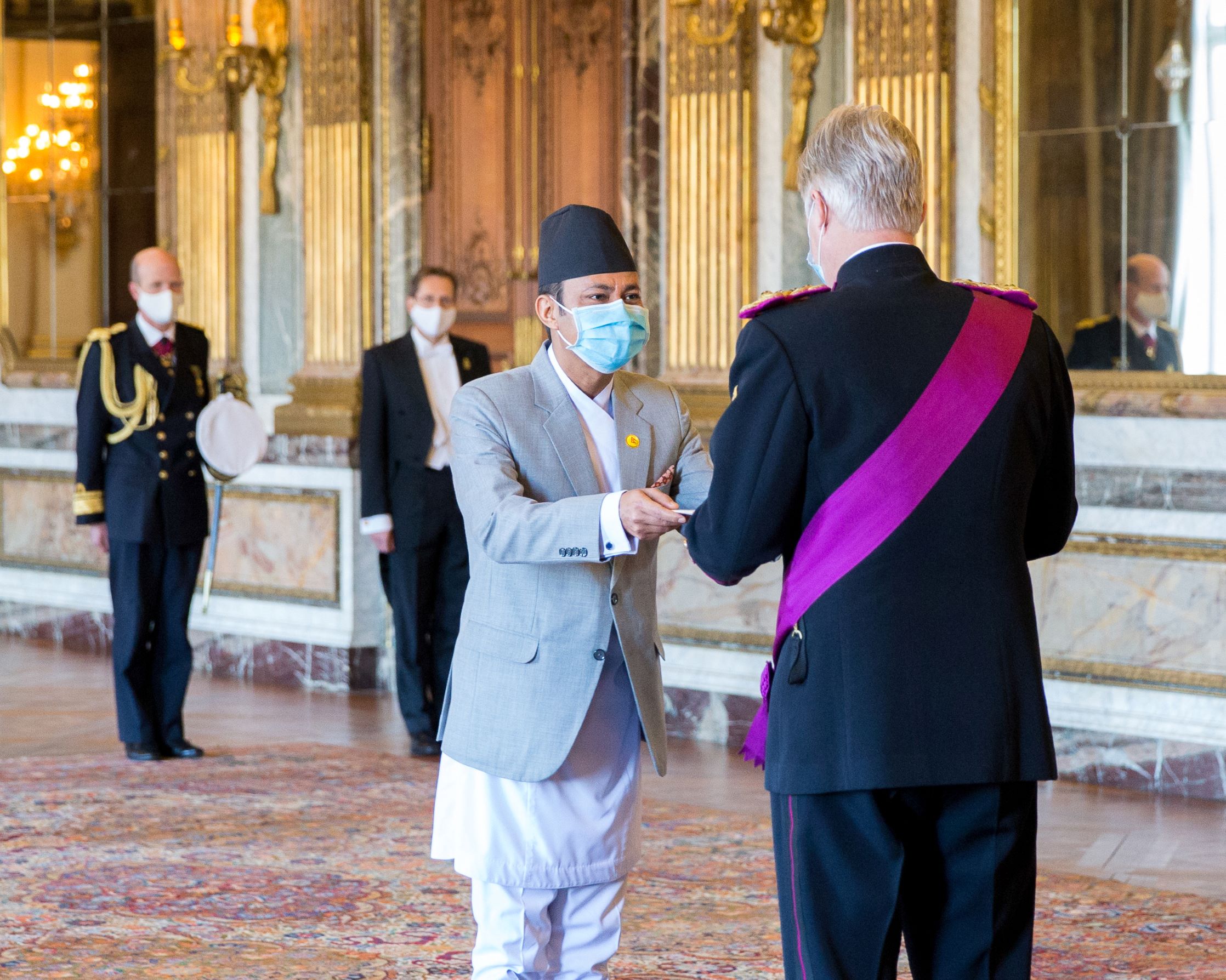 KATHMANDU, Jan 13: Ambassador of Nepal to Belgium Gahendra Rajbhandari presented his Letter of Credence to the King of the Belgians, His Majesty King Phillippe amidst a special official ceremony held on Wednesday at the Royal Palace in Brussels.

On the occasion, Ambassador Rajbhandari conveyed the greetings and best wishes from President Bidya Devi Bhandari to His Majesty the King.

While expressing happiness over the state of bilateral relations and economic cooperation between Nepal and Belgium, Ambassador Rajbhandari expressed that he would be making utmost efforts to further strengthen the existing relations to a new height during his tenure.

Ambassador Rajbhandari is the seventh Ambassador of Nepal to Belgium after the establishment of the residential Embassy of Nepal in Brussels in 1992.