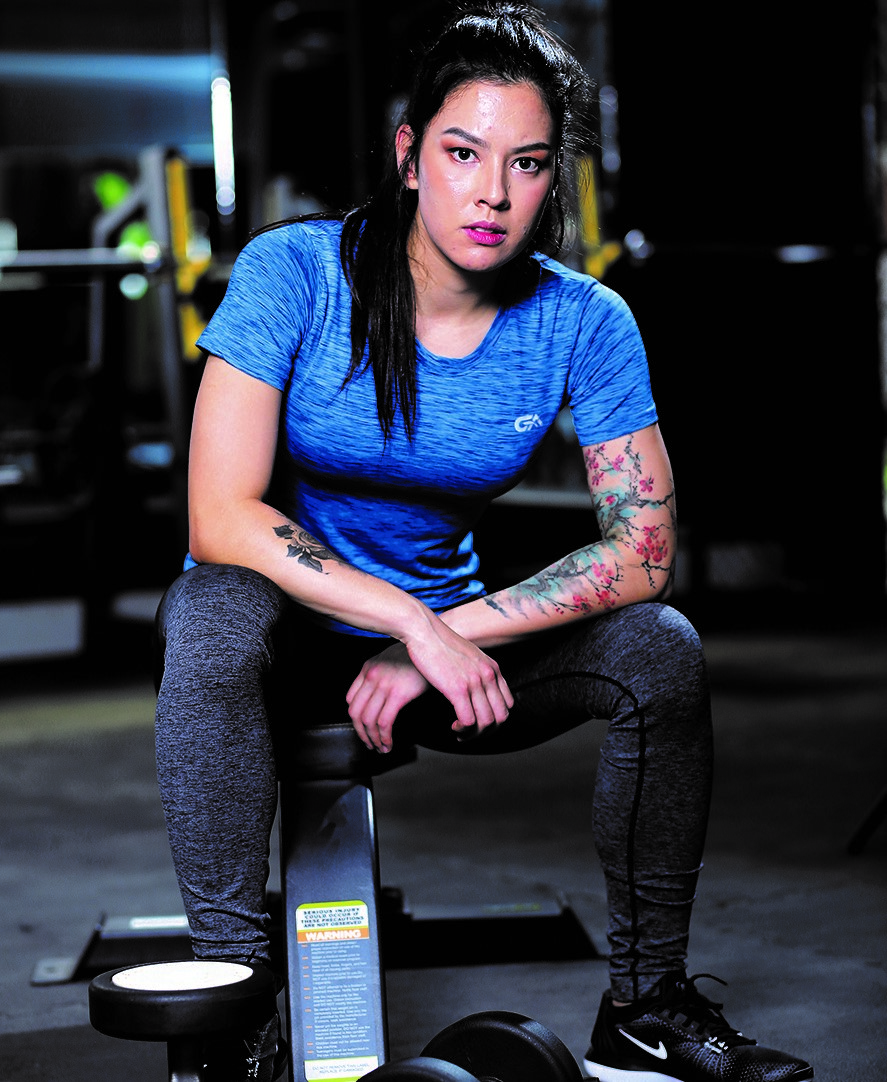 In the recent years in Nepal, sports and fitness have slowly become a part of the daily life of the urban population. And with the growing numbers of the fitness inclined, active population comes the need for proper sports or athleisure wear, i.e. clothes that make such activities easier. Gym buddies Yonten Yonjan and Umeed Sherpa sensed the lack of such apparels that are affordable to Nepali consumers and thus decided to take the matter into their own hands.

“It’s only natural to want to look good when working out or playing a sport,” says Yonjan. “But buying athletic wear from international brands like Nike or Adidas was a little too expensive not only for us but for many fitness enthusiasts around us,” he adds. And so Yonjan and Sherpa felt the need to come up with an athleisure wear that was good value for money and was also of good quality, one that could rival the popularity of the popular international brands.

The duo started playing with this idea around early 2016 and they finally brought it to life as ‘Gorkha Aesthetics’ in August of the same year. According to Sherpa, they chose the name ‘Gorkha’ as it represents ruggedness as well as perseverance as evident by the tales of valor and bravery of the Gurkhas in history books. “The word ‘aesthetic’ seemed to fit right in after ‘Gorkha’ because we wanted to show that there can be beauty in everything, including athleisure wear,” says Yonjan.

Moreover, the motto for Gorkha Aesthetics is “Work. Play. Workout”. The duo feel that this motto perfectly sums up the idea that the clothing put out by Gorkha Aesthetics can be worn in any circumstance and it does not have to be worn only when exercising or playing a sport. “That’s why we call our products ‘athleisure’ wear. It is there to help you keep fit and also make a fashion statement,” says Sherpa.

If you were to go to their website and browse through it, you would see a range of hoodies, t-shirts, tank tops, polo tees, all customized for better fit and usage. For instance, their ‘split tech hoodies’ have an arm pocket that can fit in a mobile phone and have a split around the waist which helps keep the hoodie in place when, say, one is playing basketball. “As fitness enthusiasts both of us know what created problems while working out or playing, and we give suggestions to our designers to make the apparels a certain way,” says Sherpa.

However, all of this has not been that simple. According to the duo, when first starting out, their very first batch of apparels came out to be of poor quality. They items were unrefined and different from the sample pieces. “All of this was very disheartening and we were left in a total dilemma about what we were going to do next,” says Yonjan.

Nonetheless, the duo pushed on. They found another manufacturer and the brand has grown into one of the most sought after Nepali athleisure brands, finding customers not only in Nepal but in countries like Saudi Arabia, Japan, Australia, the US and the UK, to name a few.
Today, besides Yonjan and Sherpa, the team has experienced textile engineers and an apt marketing management team and all of them work together to produce apparels that are cost-effective, are easy to wear and, of course, look good.

Similarly, Gorkha Aesthetics, as a brand, have left no stone unturned when it comes to promoting Nepalis athletes. Despite being a relatively small brand, they have sponsored major national events like Special Olympics Nepa, Mahila Premier League, Nepal Professional Boxing Council, Women’s Squat Competition, to name a few. According to Yonjan, their objective from the very beginning has been to get their apparels worn and represented by Nepalis athletes in the Olympics. “That will be the biggest achievement for Gorkha Aesthetics and I feel like we are getting there one event at a time,” says Sherpa.

According to Yonjan, athletic apparels worn by Nepalis athletes at major international events all come from different, random brands and thus the team, as a whole, lacks unity when it comes to sports wear. “It would be great to see Nepali athletes wear Nepali brands and to see them all wear the same thing,” says Yonjan adding that this is why they are doing all they can to reach out to Nepali athletes who are in need of proper apparel as well as sponsorship.

The future plans for Gorkha Aesthetics include opening up a retail store in Kathmandu and then, slowly but surely, going regional and even international. Along with this, they plan to digitize their inventory as well. As of now, one can go over to their website or find them in most social media platforms and shop from there. If you want to check out their products before buying them, you can find them at several places like The Local Project Nepal in Jhamsikhel, Lalitpur, Sam’s One Tree Stop in Durbarmarg and Le Sherpa in Maharajgunj, Kathmandu.