Alzheimer's eye test could catch the disease before symptoms appear 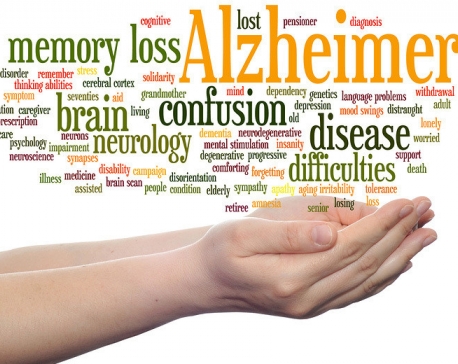 A compelling new study, published in the journal Ophthalmology Retina, has reported that statistically significant differences can be identified in the retinas of patients with Alzheimer's disease. The finding paves the way for a future where the disease could be diagnosed from a simple eye scan before major symptoms appear.

The Duke University research is centered around a non-invasive imaging technology called optical coherence tomography angiography (OCTA), which allows clinicians to rapidly examine the blood flow in tiny capillaries at the back of the retina.

"We're measuring blood vessels that can't be seen during a regular eye exam and we're doing that with relatively new noninvasive technology that takes high-resolution images of very small blood vessels within the retina in just a few minutes," says senior author on the study, Sharon Fekrat. "It's possible that these changes in blood vessel density in the retina could mirror what's going on in the tiny blood vessels in the brain, perhaps before we are able to detect any changes in cognition."

Over 200 subjects were examined in the study, all comprehensively imaged using the new OCTA machines. Alongside 133 healthy control subjects, there were 39 Alzheimer's disease subjects and 37 suffering from mild cognitive impairment (MCI). One of the key goals of the study was to identify any retinal degeneration that could be directly associated with Alzheimer's disease, separate from more general age-related mild cognitive decline.

Indeed, the results were satisfyingly clear, with the Alzheimer's subjects displaying significantly reduced macular vessel density and perfusion density in comparison to both the healthy control and the MCI subjects. This suggests that not only could the OCTA imaging serve as an easy diagnostic test that can detect Alzheimer's disease, but further work to better home in on the how different stages of retinal degeneration correlate with neurodegeneration may lead to a quick eye test that identifies patients at the very earliest stages of cognitive decline, before the symptoms become clinically evident.

"Ultimately, the goal would be to use this technology to detect Alzheimer's early, before symptoms of memory loss are evident, and be able to monitor these changes over time in participants of clinical trials studying new Alzheimer's treatments," says Fekrat.

This kind of eye scan, tracking thinning in the retina, is also being investigated as an early detection tool to catch patients with Parkinson's disease before major symptoms present. The research is still in its nascent stages, and more work is needed before it can be widely rolled out, but the implications are exciting. A quick, non-invasive eye examination that can be routinely rolled out to identify those at risk of neurodegeneration before it takes hold would allow a huge range of preventative treatments to be deployed.

Banana industry on alert after disease arrives in Colombia

LA GUAJIRA, Aug 26: It might not be obvious at the supermarket, but the banana industry is fighting to protect... Read More...