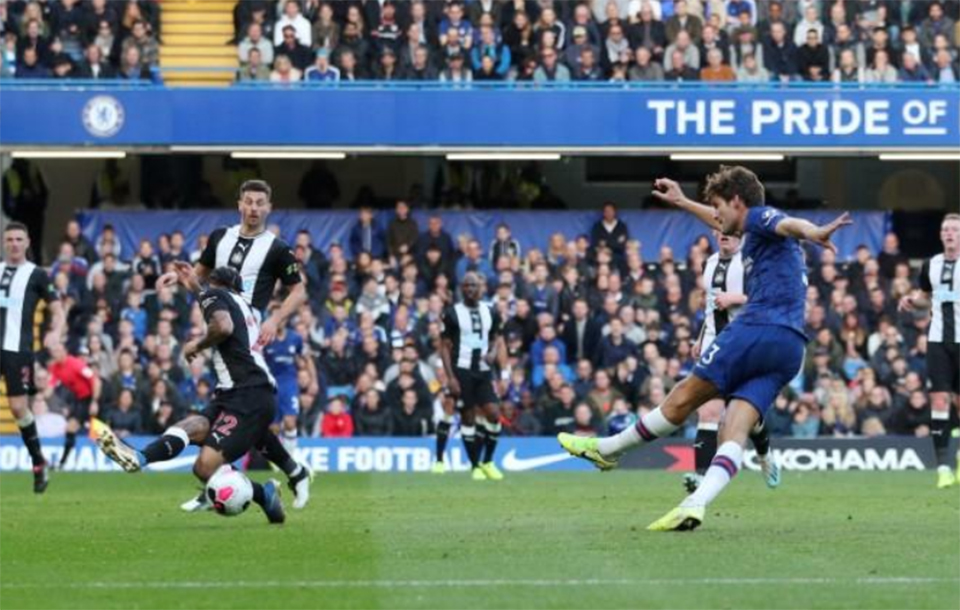 LONDON, Oct 20: A 74th-minute strike from Spanish wing back Marcos Alonso earned Chelsea a deserved 1-0 win over a dogged Newcastle United in the Premier League on Saturday.

Slovakian goalkeeper Martin Dubravka had kept Newcastle in the game with a string of saves and got a hand to Alonso’s angled left-foot drive but could not keep it out.

Frank Lampard’s young side enjoyed 71% possession and earned 11 corners while conceding none, but until Alonso’s goal could not make their superiority tell against a resurgent Newcastle, who defended in numbers and looked dangerous on the counter.

Lampard said he urged his players to show more bravery, intent and momentum in the second half.

“It’s there you saw the spirit and urgency in the team,” Lampard said. “We had a bit of a problem in the game and we solved it with the way they played in the second half.”

Lampard praised Pulisic’s contribution after he came on in the second half.

The U.S. international has found it hard to find a place in the team since he joined for an American record $73 million this season.

“He’s a hot topic because of the price tag,” Lampard said. “But we are looking in the long term and there’s a lot more to come. He’s only 21.”

Newcastle’s Miguel Almiron and Allan Saint-Maximin troubled Chelsea with pacy moves in the first half, but the side, who beat Manchester United in their last game to move out of the relegation zone, lacked finishing quality.

It was the fifth win in a row in all competitions for Chelsea and the result lifted them into fourth place in the table for the first time this season.

Steve Bruce’s Newcastle are hovering above the bottom three.

“We looked a threat on the break ...but in the second half we tired a bit and that showed,” Bruce said, adding his players needed to make better decisions in the final third.

“The big thing is we’ve got to find the goals.”