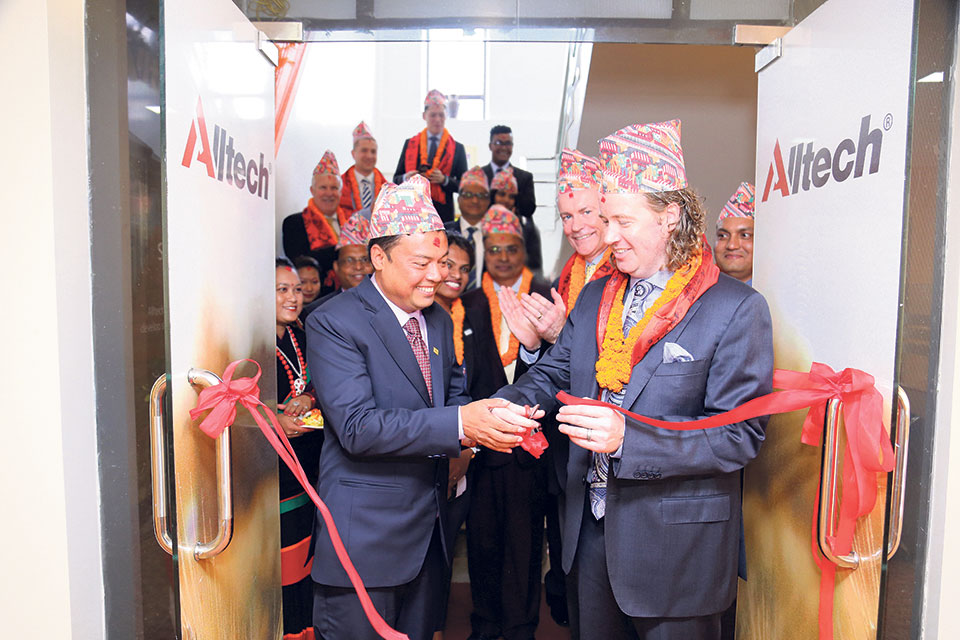 KATHMANDU, Oct 26: Alltech, an American company specializing in the production of feed additives, on Thursday opened its country office at Bhanimandal in Lalitpur.

Speaking at a program organized to celebrate opening of the office, Alltech President and CEO Mark Lyons encouraged other companies to invest in Nepal, claiming that the market is booming here.

“We needed the new markets and Nepal has such a booming market. So, we decided to open a country office here,” he said.

He also expressed his belief that since Nepal is a small country the company can provide significant support to the farmers here.

Regional Director of the company for South Asia, Aman Sayed, claimed that Nepal has to learn a lot from the diary industry of India. “There are a significant number of technologies used in India that can help Nepal’s diary industry,” he added.

The decision of the company to open its country office in Nepal comes in the wake of Nepal government’s decision to ban poultry feed that contains antibiotic. Alltech claims that its products do not have antibiotic contents.

Alltech products are available in 132 countries and Nepal is the 78th country where Alltech has opened its office.

KATHMANDU, Aug. 23: In a bid to increase the production and productivity of maize in the country, a training program... Read More...