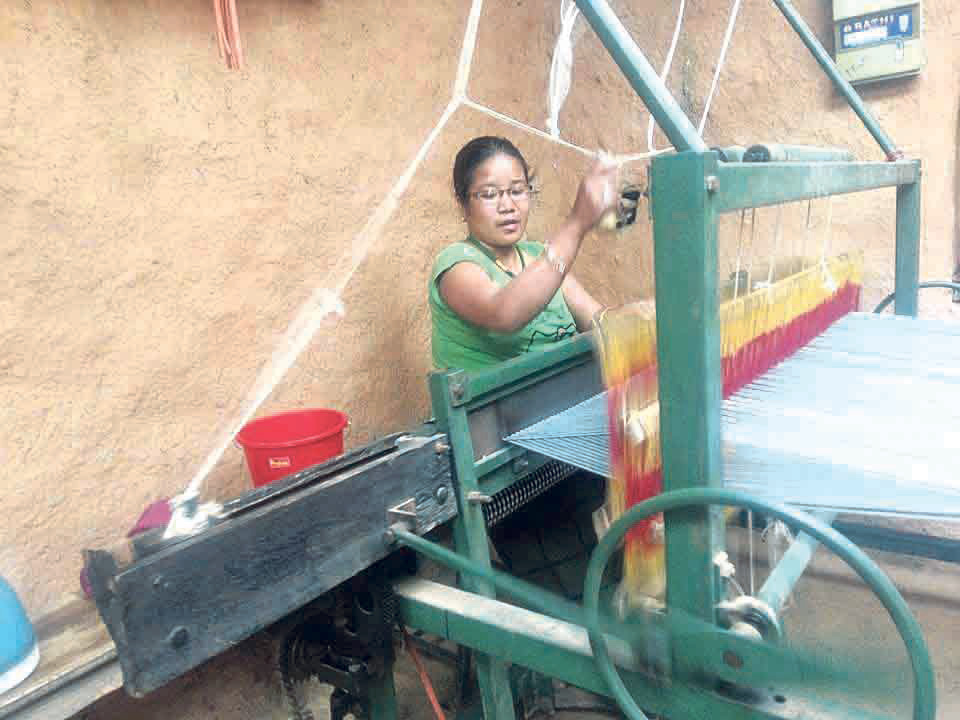 ROLPA, August 28: These days, a large number of women in Rolpa are into small-scale businesses. Earlier, most of these women were involved only in sewing and tailoring works. However, they have now changed their status and uplifted their living standards by switching to small-scale businesses. They have now changed their status from housewives to entrepreneurs. Many of them have started clothes business by utilizing the natural fiber called Allo which is widely produced in Rolpa.

Rolpa Community Allo and Garment Industry (RCAGI) based in the district headquarters Liwang is not just providing employment to many women but is also playing a pivotal role in creating a market for Allo products.  Hundreds of women are directly and indirectly benefited from this industry. It is very much popular for making handicrafts, raw clothes, bags, coats, jackets, caps, mufflers, and shawls among others.

As informed by chairperson of RCAGI, Bhumika Thapa, jackets and coats are in high demand. “If we had registered our firm five years ago, by now we would have been able to earn eight to nine million rupees a year,” said Thapa. Most of the customers are officers and staffers of Nepal Army. “Most people come here to buy gifts,” Thapa added.

Similarly, Laxmi Dangi of Duikholi 3, Iribang is recognized as a successful entrepreneur. Dangi, who is the owner of Nabadurga Allo and Garment Industry (NAGI), has been selling her products not only in the country but also abroad. She manages to earn 1.5 million rupees per month. She also goes to various places to train women to develop their skills. According to her, such small-scale firms have empowered many women.

The Cottage and Small Scale Industry Office (CSSIO), Rolpa, has been providing sewing machines with heavy discounts and is also running various training programs for women. “Among the 11 registered firms, only seven are working and are doing quite well,” said Bal Krishna Acharya, chief of the Cottage and Small Scale Industry Committee.  A number of women in the district are leading an independent life, thanks to this business, motivating many others.