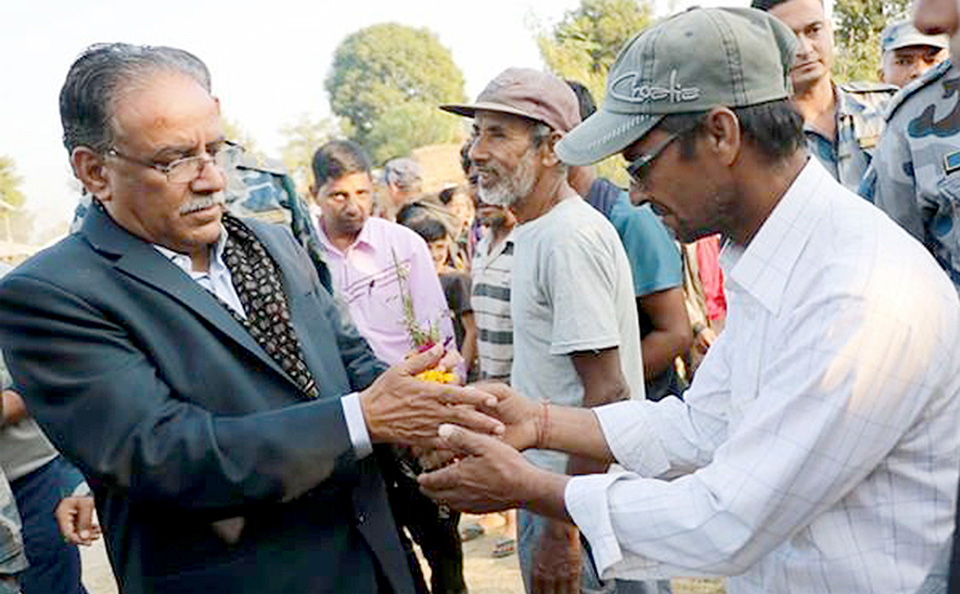 CHITWAN, Dec 1: CPN-Maoist Center chairman Pushpa Kamal Dahal has said that the alliance of the two communist parties in the nation has created a big ripple nationally and internationally.

Addressing a program entitled 'Civil Society with Dahal’ organized by the Let Us Make the Leftist Alliance Victorious Citizens Campaign at Gitanagar of Bharatpur Metropolitan City today, he said a big political ripple has been created since 2007 BS with the alliance of two big communist parties.

"A ripple of this magnitude had not come in the national and international level even when starting the People's War. This is an unusual thing that has happened. One type of public opinion is excited with the unity of the communists whereas the other side seems to be negative and disturbed," he said.

Maoist Center chairman stated, "On the one hand, some people are saying that a communist totalitarianism was in the offing while on the other hand, the same friends are saying that the communists cannot come together and even if they united it will not last long and there would be chaos even if it lasted."

Noting that BP Koirala and Girija Prasad Koirala would be happy to see the communist unity had they been alive today, the former Prime Minister claimed that unity of the communist parties would benefit the nation and the country would move ahead on the path of prosperity. He also suggested the 'divided' Nepali Congress be one. "It is necessary for the Congress, which is divided, also to come together," he said.

Maoist Center chairman Dahal said the leftist alliance and the Nepali Congress might have to join hands and fight against the divisive and secessionist line if any in future. "The Nepali Congress too does not want to see the country splitting. We will have to fight together for the national unity and territorial integrity at that time," he said.

Dahal is contesting the House of Representatives elections from Chitwan constituency-3. He stated that his candidacy was against the tendency of political immorality. The truth will certainly prevail in this struggle, he declared.

Prior infection, vaccines provide best protection from COVID
24 minutes ago

Westerly wind likely to cause rain, snowfall
54 minutes ago