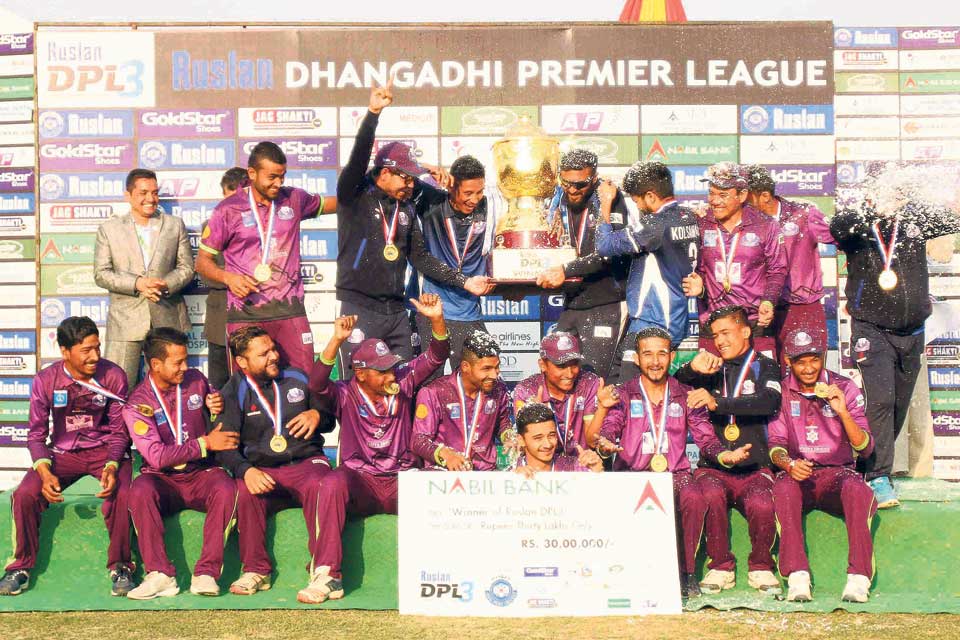 Members of CYC Attariya pose with the trophy as they celebrate after defeating Mahendranagar United in the final to win the Dhangadhi Premier League T20 cricket tournament title at the Fapla Cricket Ground in Dhangadhi on Saturday. Photo: Republica

Player of the final match Patel smashed a six when Attariya required three runs in last two balls of the last over chasing the target of 124 runs.

He scored two sixes and three fours in his 26-ball unbeaten 47 runs batting at number seven. He attacked United’s go to man in death overs Avinash Bohora for two sixes and a four in his last two overs of the match.

Patel farmed strike with young batsman Jaeetendra Singh Thakuri to help Attariya win the title in the third season of the DPL.

Patel’s Indian teammate Jaykishan Kolsawala made a good start at top of the innings with 27-ball 30 runs which included five boundaries.

Earlier, United won the toss and elected to bat first in the final match of the DPL. Attariya bossed in the field as the players inflicted five run-outs in the innings.

Patel’s dominance in the match continued as he was involved in three of them. He also bowled four overs conceding 11 runs and picking up the key wicket of Nath.

The left handed opening batsman had top-scored with 43 runs before losing his stumps to Patel. Nath faced 41 deliveries and smashed five boundaries and a six.

Similarly, Malla and Rohit Kumar Paudel scored 25 and 24 runs in 22 and 20 deliveries respectively.

This is Vesawkar’s second loss as a captain in DPL. “We could have batted better and ran well between the wickets but Attariya played really well. They took all their chances and at the end finished as winners,” he said.

Skipper Airee was all praise for experienced Indian all-rounder Patel. “Sunny (Patel) really played well at the end. I would like to thank for all the well-wishers of Nepali cricket. Keep supporting us,” he said.

This is Patel’s second win in consecutive premier leagues. He also won the EPL championship with Lalitpur Patriots alongside team-mate Kolsawala.

Likewise, Patel expressed that he backed himself in these sorts of situations. “The position we had in last over usually 70 percent of times goes to the batting side. I was confident to complete the chase and I delivered,” said Patel. 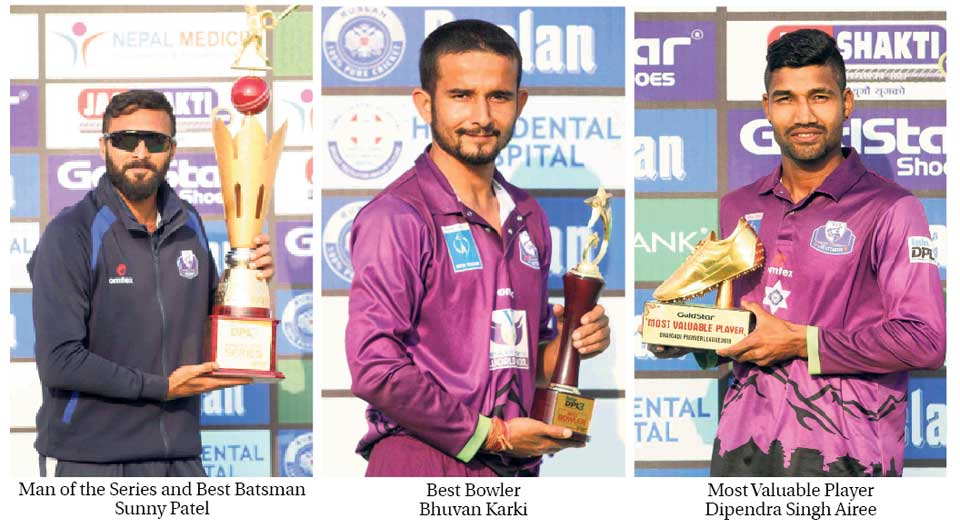 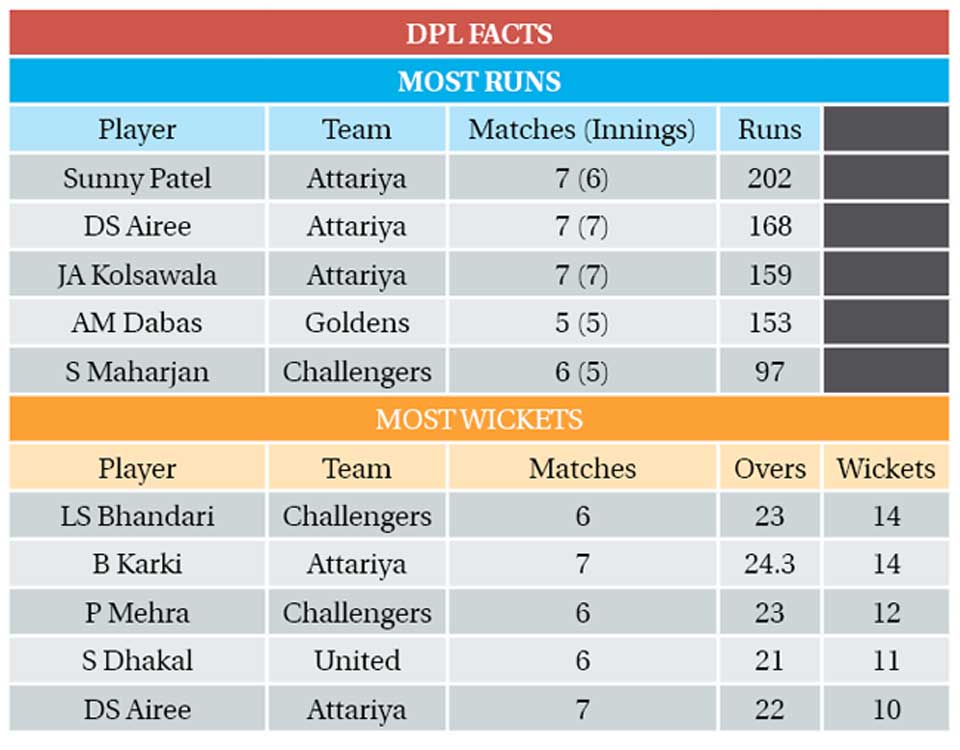 United to face Attariya in final after Goldens’ walk-over

NAC repatriates 10,912 Nepalis from abroad
14 minutes ago
‘Diplomatic note’ sent to India to take action against dissemination of blasphemous material about Nepal, its political leadership
28 minutes ago