All provinces to have governments in two weeks 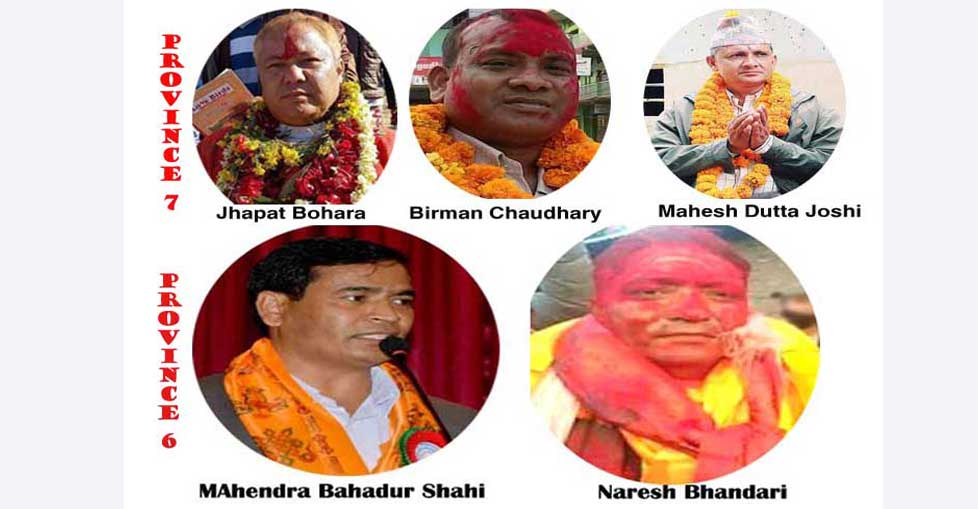 KATHMANDU, Feb 1: All seven provinces are likely to get their governments within the next two weeks due to the constitutional provision requiring a chief minister to win vote of confidence from the concerned provincial assembly within 30 days of the declaration of final election results.

Article 168 of the constitution has stated that the governor of the province will appoint the parliamentary party (PP) leader of the party securing majority in the province as chief minister. Only two of the seven provinces have single-party majorities.

In line with the constitutional provision, parliamentary party leaders of the CPN-UML will be appointed as chief ministers in Province 1 and 3 as the UML has absolute majority in the provinces. The left alliance comprising the UML and the Maoist Center has majority in the remaining provinces except for Province 2, where the alliance of Madhes-based parties -- Federal Socialist Forum Nepal and Rastriya Janata Party Nepal (RJPN) -- has majority.

In these provinces, chief ministers are likely to be appointed in accordance with Article 168 (2) of the constitution, which states that governor shall appoint the chief minister who can garner support of majority provincial assembly members from two or more political parties. UML and Maoist Center have decided to support each other in all provinces for chief minister.

The subsequent clause of the article has further explained that any chief minister elected through the support of two or more political parties must win the vote of confidence within 30 days of the announcement of final election results of the respective provincial assembly.

The left alliance comprising the UML and the Maoist Center has majority in the remaining provinces except for Province 2, where the alliance of Madhes-based parties -- Federal Socialist Forum Nepal and Rastriya Janata Party Nepal (RJPN) -- has majority.

As it will be one month on February 15 since the announcement of the final results of the provincial election, all provinces must get chief ministers before that date.

"We expect all provinces to get their chief ministers immediately after the National Assembly election scheduled for February 7 as the constitutional deadline for winning vote of confidence expires on February 15," said spokesperson of federal parliament secretariat Bharat Gautam.

Keeping the deadline on mind, left parties have expedited homework for forming government in the provinces and are set to elect provincial parliamentary party leaders immediately after the National Assembly elections.

UML has already elected Shankar Pokhrel as its parliamentary party leader for Province 5 paving the way for his appointment as chief minister.

But in the remaining six provinces, all those parties aspiring to form governments have yet to elect their parliamentary party leaders.

Ministry doesn’t know how many civil servants have reached provinces

KATHMANDU, Feb 7: At a time when reports coming in from the provinces say that the government employees deputed by the... Read More...