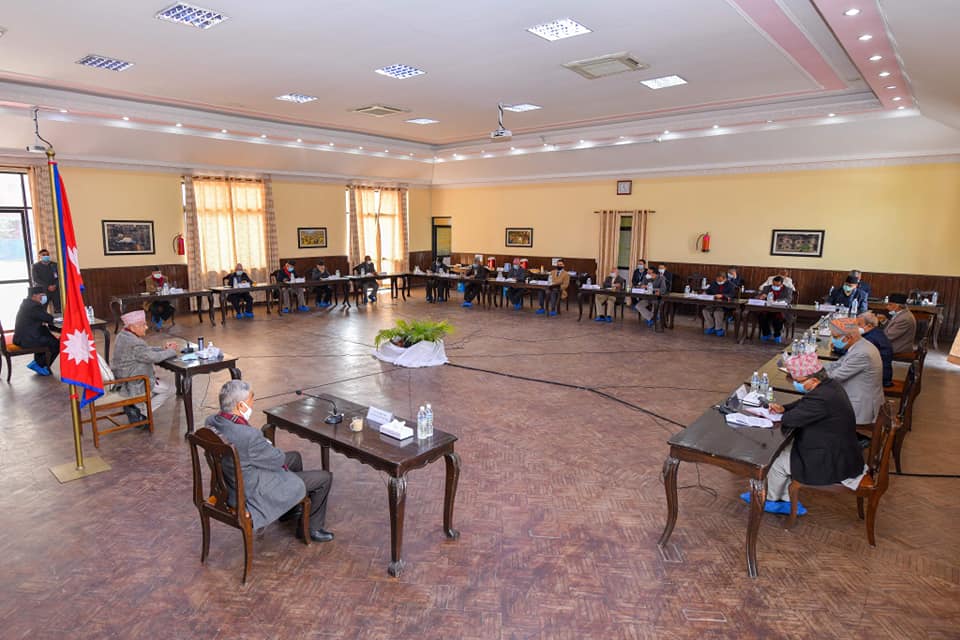 KATHMANDU, Dec 8: An all-party meeting, called by the Prime Minister KP Sharma Oli, began at the official residence of the PM in Baluwatar earlier on Tuesday.

PM Oli has convened the meeting of the political parties represented in the parliament to discuss the latest political happenings in the country. 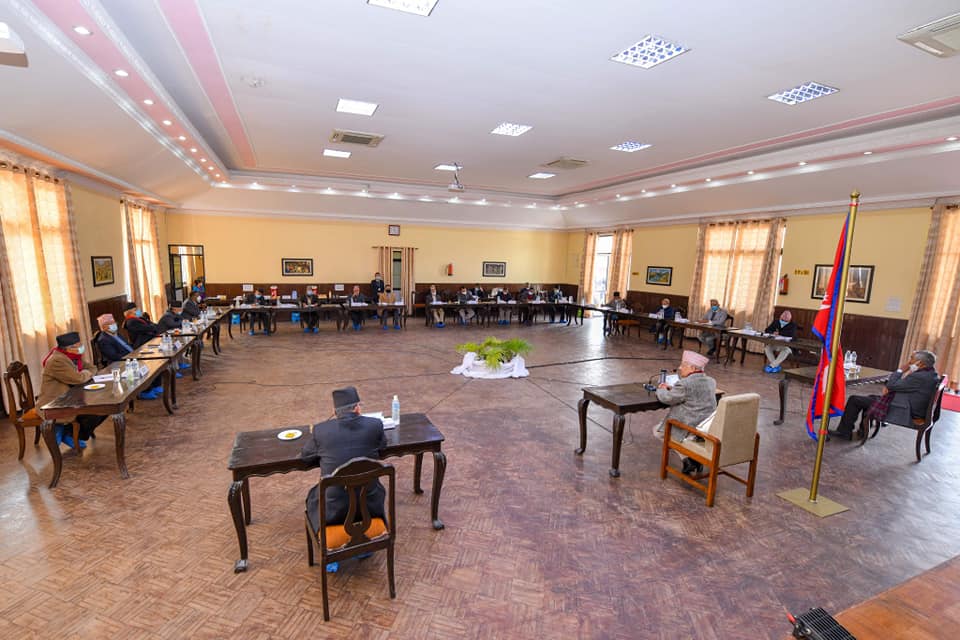 Welcoming the leaders in the meeting, PM Oli urged the leaders to stand united in the government’s fight against COVID-19, protection of political achievements, and fight jointly against anti-constitution factors and other violent activities happening of late in the country, according to the PM’s press aide Surya Thapa. 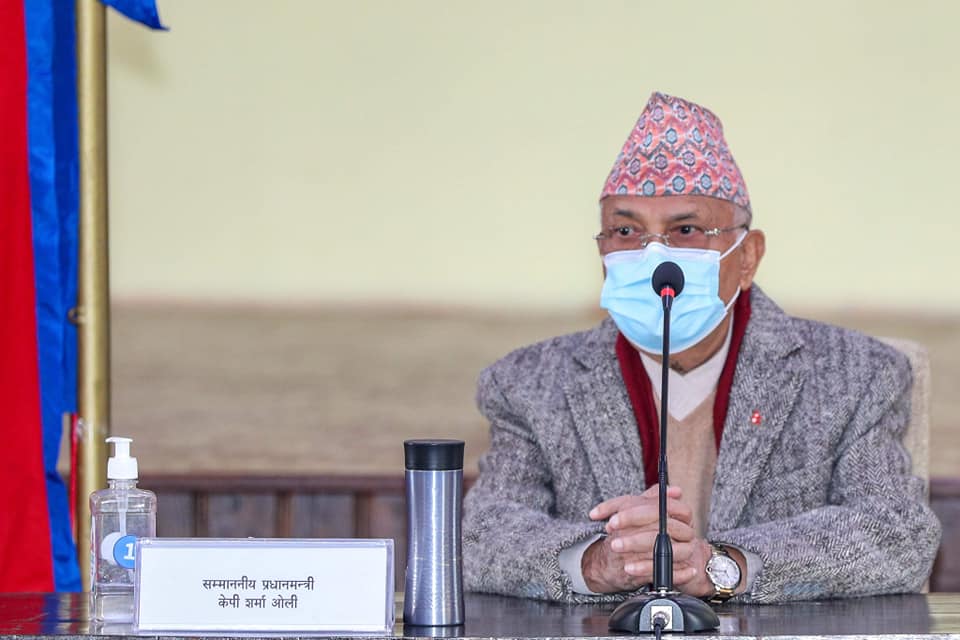 PM Oli called the meeting after massive protests demanding restoration of monarchy were held across the country. Slogans have been chanted in favor of the monarchy and the Hindu nation in various parts of the country, including the Kathmandu Valley. The Nepal Communist Party, the ruling party, has accused the government of patronizing such activities.