All is not well with global economy 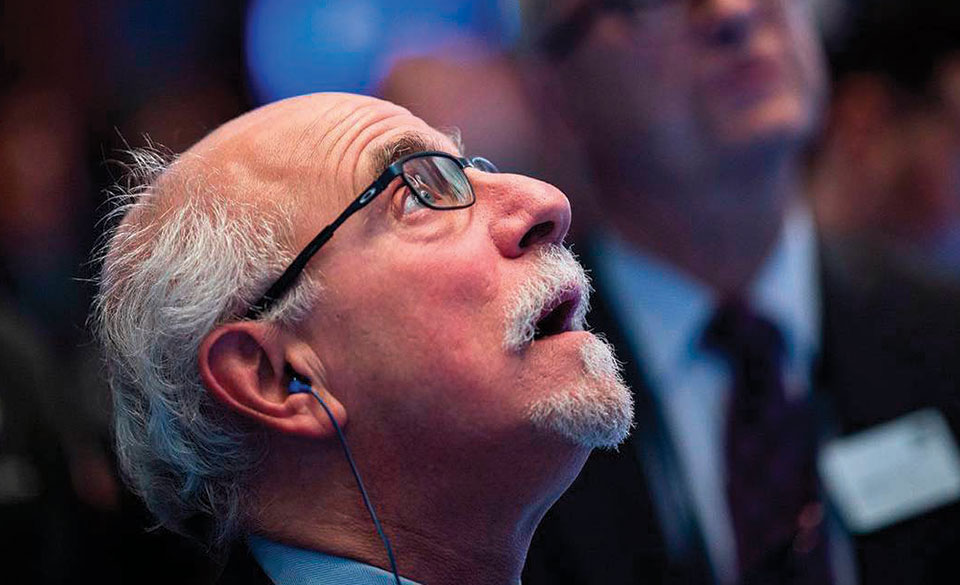 The fundamental risks to the global economy remain. From a medium-term perspective, they are actually getting worse
NEW YORK – This past May and August, escalations in the trade and technology conflict between the United States and China rattled stock markets and pushed bond yields to historic lows. But that was then: since then, financial markets have once again become giddy. US and other equities are trending toward new highs, and there is even talk of a potential “melt-up” in equity values. The financial-market buzz has seized on the possibility of a “reflation trade,” in the hope that the recent global slowdown will be followed in 2020 by accelerating growth and firmer inflation (which helps profits and risky assets).

The sudden shift from risk-off to risk-on reflects four positive developments. First, the US and China are likely to reach a “phase-one” deal that would at least temporarily halt any further escalation of their trade and technology war. Second, despite the uncertainty surrounding the United Kingdom’s election on December 12, Prime Minister Boris Johnson has at least managed to secure a tentative “soft Brexit” deal with the EU, and the chances of the UK crashing out of the bloc have been substantially reduced.

Third, the US has demonstrated restraint in the face of Iranian provocations in the Middle East, with President Donald Trump realizing that surgical strikes against that country could result in a full-scale war and severe oil-price spike. And, lastly, the US Federal Reserve, the European Central Bank, and other major central banks have gotten ahead of geopolitical headwinds by easing monetary policies. With central banks once again coming to the rescue, even minor “green shoots”—such as the stabilization of the US manufacturing sector and the resilience of services and consumption growth—have been taken as a harbinger of renewed global expansion.

Yet there is much to suggest that not all is well with the global economy. For starters, recent data from China, Germany, and Japan suggest that the slowdown is still ongoing, even if its pace has become less severe.

Second, while the US and China may agree to a truce, the ongoing decoupling of the world’s two largest economies will almost certainly accelerate again after the US election next November. In the medium to long term, the best one can hope for is that the looming cold war will not turn hot.

Third, while China has shown restraint in confronting the popular uprising in Hong Kong, the situation in the city is worsening, making a forceful crackdown likely in 2020. Among other things, a militarized Chinese response could derail any trade deal with the US and shock financial markets, as well as push Taiwan in the direction of forces supporting independence— a red line for Beijing.

Fourth, although a “hard Brexit” may be off the table, the eurozone is experiencing a deepening malaise that is not related to the UK’s impending departure. Germany and other countries with fiscal space continue to resist demands for stimulus. Worse, the ECB’s new president, Christine Lagarde, will most likely be unable to provide much more in the way of monetary-policy stimulus, given that one-third of the ECB Governing Council already opposes the current round of easing.

Fifth, with crippling US-led sanctions now fueling street riots, the Iranian regime will see no other choice but to continue fomenting instability in the wider region, in order to raise the costs of America’s current approach. The Middle East is already in turmoil. Massive protests have erupted in Iraq and Lebanon, a country that is effectively bankrupt and at risk of a currency, sovereign-debt, and banking crisis. In the current political vacuum there, the Iranian-backed Hezbollah could decide to attack Israel. Turkey’s incursion into Syria has introduced many new risks, including to the supply of oil from Iraqi Kurdistan. Yemen’s civil war has no end in sight. And Israel is currently without a government. The region is a powder keg; an explosion could trigger an oil shock and a renewed risk-off episode.

Sixth, central banks are reaching the limits of what they can do to backstop the economy, and fiscal policy remains constrained by politics and high debts. To be sure, policymakers could turn to even more unconventional policies—namely, monetized fiscal deficits—whenever another downturn occurs, but they will not do so until the next crisis is already severe.

Seventh, the populist backlash against globalization, trade, migration, and technology is worsening in many places. In a race to the bottom, more countries may pursue policies to restrict the movement of goods, capital, labor, technology, and data. While recent mass protests in Bolivia, Chile, Ecuador, Egypt, France, Spain, Hong Kong, Indonesia, Iraq, Iran, and Lebanon reflect a variety of causes, all are experiencing economic malaise and rising political resentment over inequality and other issues.

Eighth, the US under Trump may become the biggest source of uncertainty. Trump’s “America First” trade foreign policies risk destroying the international order that the US and its allies created after WWII. Some in Europe—like French President Emmanuel Macron—worry that NATO is now comatose, while the US is provoking rather than supporting its Asian allies, such as Japan and South Korea. At home, the impeachment process will lead to even more bipartisan gridlock and warfare, and some Democrats running for the party nomination have policy platforms that are making financial markets nervous.

Finally, medium-term trends may cause still more economic damage and disruption: demographic aging in advanced economies and emerging markets will inevitably reduce potential growth, and restrictions on migration will make the problem worse. Climate change is already causing costly economic damage as extreme weather events become more frequent, virulent, and destructive. And while technological innovation may expand the size of the economic pie in the long run, artificial intelligence and automation will first disrupt jobs, firms, and entire industries, exacerbating already high levels of inequality. Whenever the next severe downturn occurs, high and rising private and public debts will prove unsustainable, triggering a wave of disorderly defaults and bankruptcies.

The disconnect between financial markets and the real economy is becoming more pronounced. Investors are happily focusing on the attenuation of some short-term tail risks, and on central banks’ return to monetary-policy easing. But the fundamental risks to the global economy remain. In fact, from a medium-term perspective, they are actually getting worse.

WASHINGTON, Jan 18: The US has announced a new missile defense policy aimed at addressing the challenges posed by Russia... Read More...