All houses look similar in Sindhuli after reconstruction 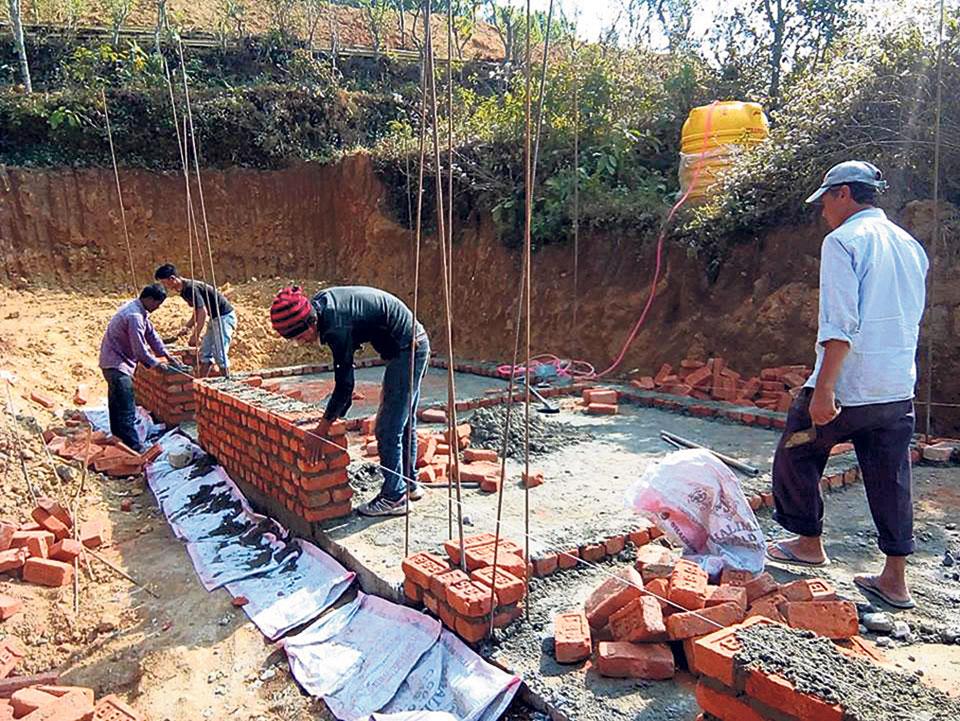 SINDHULI, Feb 10: After months of delay and procrastination, reconstruction of the houses damaged by the 2015 earthquakes was expedited in Sindhuli a few months ago. And surprisingly, houses are already standing high in the district in no time. As soon as the National Reconstruction Authority (NRA) fixed the deadline for rebuilding the houses, quake victims kept themselves busy rebuilding their damaged houses, putting aside all other works. After reconstruction, many parts of Sindhuli have worn a similar look with look-alike houses.

As per the provision of the government, no one is allowed to build their house breaching the new building code. NRA has strictly told the quake victims to build quake-resilient houses. As a result, most of the houses have similar designs and colors which have made the villages look no less than proper residential areas.

In Jalkanya, Kamalamai Municipality-3, 60% quake-damaged houses have already been reconstructed. The government has provided a total of Rs. 300,000 each to the quake victims as reconstruction grant. Locals are elated to see that all their neighbors have similar houses and there is no one rich or poor now.

"Similar houses have been the positive aspect of reconstruction," said Ram Syangtang, a mason from Glanjor Rural Municipality-2, adding," It has erased the financial differences between the locals here."  The deadly earthquake of 2015 had badly affected 25 VDCs of Sindhuli. The areas around Sunkoshi and Mahabharat were worst-hit by the disaster.

In Sindhuli, around 2,500 quake victims have already started living in their reconstructed houses. As per the NRA's district coordination committee secretariat, around 32,597 victims have signed the agreement for the reconstruction grant by mid-January. Most of them have received the first tranche while nearly half of them have also received the second tranche of the grant.

Engineers and technicians deployed in various quake-affected areas have made sure that all houses are quake-resilient and meet all the standards set by the government.  "We are happy to see that quake victims have finally been able to live in their houses after struggling for months," said Khadga Chaulagain, chairperson of Kamalamai-3.

Rebuilding Sindhuli houses could take more than a century (with video)

SINDHULI, Jan 31: When he received the first installment of the reconstruction grant in September, Jhamka Bahadur Thapa planned on moving... Read More...

41 injured in bus accident in Dhading
8 hours ago
Rs 10,000 fine slapped on Rajpur's mayor for not providing information
42 seconds ago

100 sacs of fertilizer meant for Rolpa ‘vanish’ in Dang!
45 minutes ago