All Eyes on South Korea 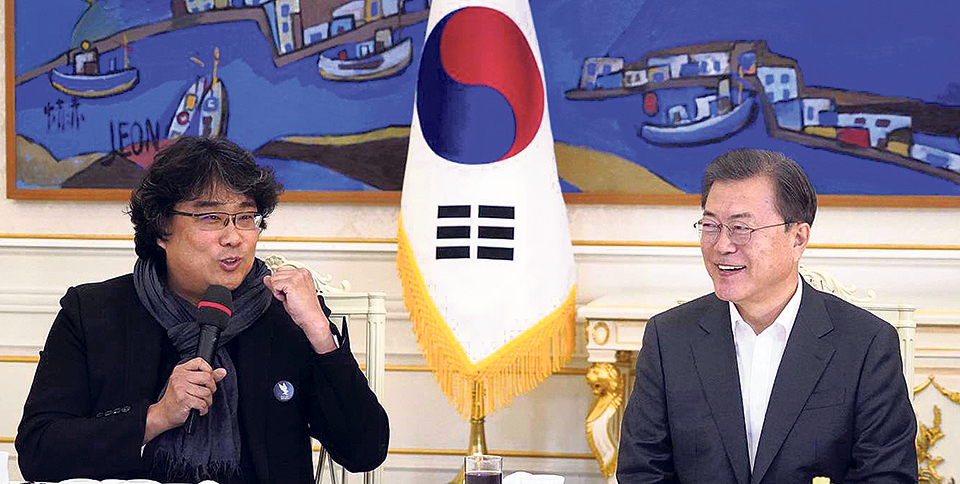 Now that the South Korean blockbuster Parasite has taken home the Oscar for Best Picture, many around the world are eagerly searching for more examples of South Korean coolness

LONDON – South Korea is all the rage these days. Earlier last month, Parasite, from the South Korean filmmaker Bong Joon-ho, won Best Picture at the Academy Awards. Having read the reviews and seen the film a few days earlier, I was not surprised. Still, for the uninitiated, it is worth noting that this was the first time that a foreign-language film took home the top Oscar. Now, many around the world are eagerly searching for more examples of South Korean coolness—from K-pop to cutting-edge fashion designers.

One usually doesn’t associate economics with coolness. Nonetheless, I have long pointed to South Korea as one of the most interesting economic case studies to appear in my professional lifetime. No other so-called “emerging economy” has matched its success over the past 40 years. Home to 50 million people, South Korea has experienced faster income growth than any other similar-sized country. In terms of per capita GDP, South Korea has gone from being close to most Sub-Saharan African countries to enjoying a standard of living similar to that of Spain.

To be sure, Parasite tells a story of Seoul’s haves and have-nots, and offers a scathing critique of inequality in contemporary South Korea. And yet, one of the notable components of South Korea’s success is the relatively low variability in its income growth compared to many other countries that have reached high-income status. Its Gini coefficient (a standard measure of inequality) indicates a more egalitarian income distribution than that of the United States and many European countries.

What lessons does South Korea hold for the rest of the world? Let’s start with low- and lower-middle-income countries. As I have pointed out many times, long-term economic growth essentially comes down to two things. The first is the size and growth of a country’s labor force. It is much easier to achieve stronger growth in an economy that has a large number of prime-age people working—plain and simple. This factor lies at the heart of China and India’s growth stories over the past few decades.

But a vibrant, growing workforce is not enough. Many Sub-Saharan African countries, Pakistan, and even India (on occasion) have failed to reap the potential benefits of their large, young populations. Indeed, governments in these countries often regard the size of their population as a burden, because they have failed to achieve the second factor of growth: sustained productivity gains.

This point goes to the heart of what makes South Korea unique. For whatever reason, most of the countries that have enjoyed strong productivity growth over the past 40 years have been those with smaller populations. Aside from South Korea, the only other big exception is the US, which has a population well over 300 million and until recently enjoyed robust productivity growth.

During my time at Goldman Sachs in the 1990s and early 2000s, I presided over the creation of an index to monitor sustainable growth trends. It consisted of many variables that seemed to be important for productivity: the strength of governance and institutions, investments in education, openness to trade and investment, the adoption and penetration of technology, and so on.

In studying these trends, what I found most interesting was not just the annual top-level results, but also the strong correlation between specific variables and average incomes. Not only did South Korea often rank in the top 20 overall, but it also came in first on key indices such as the use of technology. The country got in early on the computer age, and it paid off.

Given their low positions on the index at the time, I often advised policymakers in Sub-Saharan African countries to study South Korea and try to mimic its model. I cannot resist suggesting this again, particularly in the case of Africa’s most populous country, Nigeria, which also happens to be a notable source of global culture, particularly in music and film.

Moreover, there is reason to think that South Korea might eventually outperform many other rich countries, too. After all, its response to ongoing global challenges seems to have been more effective than that of Germany, which until recently was regarded as a lasting economic success story.

This is not to suggest that South Koreans are living carefree. The country must contend with several major challenges, not least the slowdown in China and climate change, which calls for the development and deployment of cleaner forms of energy and transportation. But almost no country will be spared the effects of these forces, so the real question is who is most likely to adapt best.

Similarly, countries at all levels of development are grappling with the effects of new technologies. But, at least in terms of access and adoption to 5G and the latest wave of information and communication technologies, South Korea already seems to be ahead of the US.

I don’t know which countries will fare best in the coming decades. But I suspect that we will be thinking more about South Korea, with or without the Oscars.

PHOTOS: TIA on the first day of resumption of domestic flights after six months
7 hours ago
Aviation minister requests UAE to invest in Nepal’s tourism and aviation sector
23 hours ago

NAC to fly to 10 domestic destinations
9 hours ago

VIDEO: TIA abuzz with passengers after six months  as domestic flights resume on Monday
5 minutes ago