All eyes on Feta post-storm, other villages feel ignored 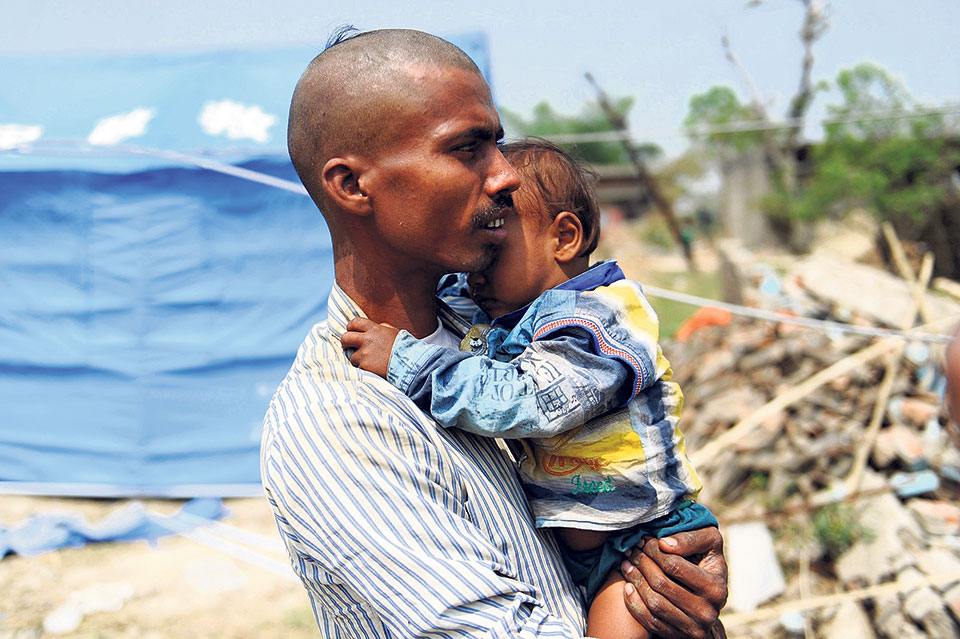 Bhim Das Tatwa of Bharbaliya in Bara with his 10-month-old son in front of his makeshift shelter on Wednesday. Tatwa lost both his wife and mother in Sunday's storm. Photo: Bijay Rai/Republica

BARA, April 4: Sunday's big storm-ravaged several villages across Bara district, but the eyes of the entire country are fixed only on Feta Rural Municipality. Storm victims in Subarna and Mahagadhimai rural municipalities, which were almost completely destroyed, complain that they have not received relief in any shape or form.

The government is accused of being transfixed by the 20 storm deaths in Feta and not noticing over 300 houses completely destroyed and 200 others partially damaged in Subarna Rural Municipality.

The storm has reportedly displaced 70 Dalit families in Subarna Rural Municipality. But the local death toll of three was apparently too low to draw much attention.

Mahendra Prasad Yadav, the rural municipality chief, said the victims were being provided food at the local school but complained that the central and provincial authorities were only focused on Feta.

Mahagadhimai Rural Municipality is also barely coping with the storm's aftermath. Jagdish Yadav, who is 85, is mourning the death of his 75-year-old wife. His house has also been completely destroyed. He has reportedly not slept a wink since Sunday evening.

Provincial Assembly Member Sarada Shankar Sahay accused the local CDO and the security authorities in Bara of disregarding his appeal to turn their attention to the other villages also.

The chief minister is reportedly the only high official to visit the area. “The chief minister visited us. He said he would come back the next day, but we have not heard from him since,” said Shanti Devi Chamar, a local in Subarna. “CK Raut folded his hands to say Namaste and then he left,” she added. 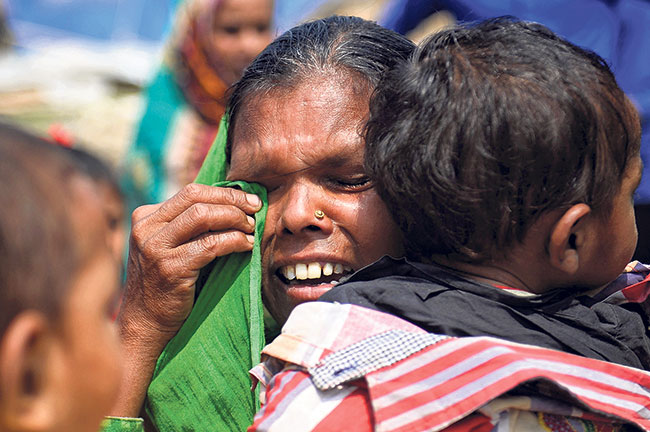 Munaija Khatun who came to her maternal home in Feta of Bara from India on Wednesday is overcome upon learning that all members of the family were injured in Sunday's storm and are now in hospital. Photos: Bijay Rai /Republica 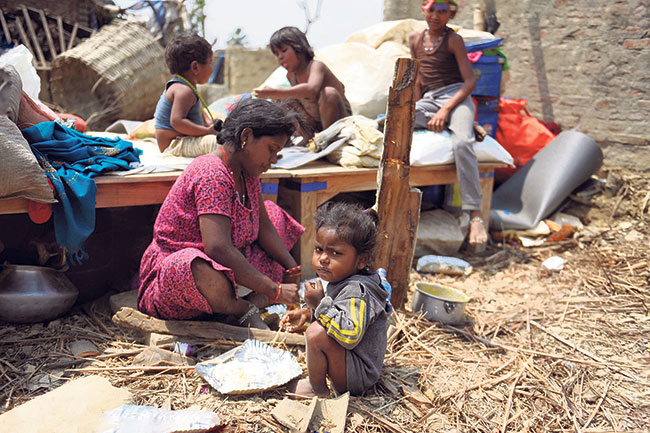 A storm-affected family eating a handout lunch amid the ruins of their house in Bharbaliya on Wednesday. Photos: Bijay Rai /Republica

Health workers from Chitwan to reach out to storm survivors

BHARATPUR, April 1: A team comprising doctors and health workers will be dispatched to the districts hit by a massive... Read More...