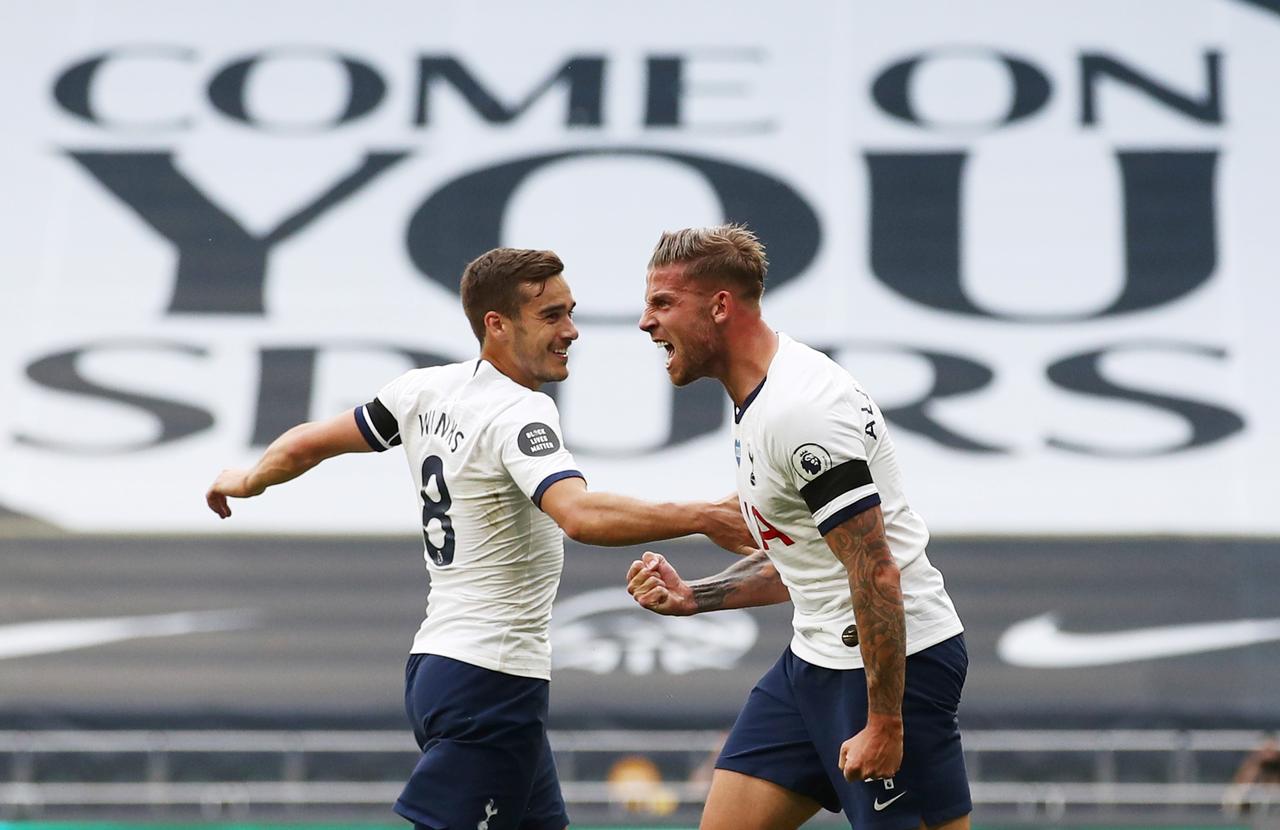 The match appeared to be heading for a draw after Son Heung-min cancelled out Alexandre Lacazette’s opener.

However, Alderweireld’s header claimed all three points for Spurs to move Jose Mourinho’s side above Arsenal into eighth place in the battle for local bragging rights.

With three games left Tottenham have 52 points to Arsenal’s 50, but are seven points behind fourth-placed Leicester City.

Victory maintained Mourinho’s impressive record in home games against Arsenal — he has now won six and drawn four — and was a rare highlight for Tottenham in a mediocre season.

While both teams occupied similar league positions before kickoff, Mikel Arteta’s have looked the more impressive of the two since the Premier League resumed.

After a cagey opening the derby sparked into life with two goals in quick succession — both from the kind of defensive lapses that have been all too common for Spurs and Arsenal.

Tottenham’s Serge Aurier was guilty of a poor touch and then lost out in a 50-50 tackle with Granit Xhaka with the ball breaking to Lacazette who looked up and smashed a right-foot shot into the top corner.

The Gunners were not able to enjoy their lead though as they gifted Tottenham their equaliser.

Tottenham leftback Ben Davies almost outdid Lacazette with a thumping drive from 30 metres that struck the bar while at the other end Nicolas Pepe curled wide and Pierre-Emerick Aubameyang fired a free kick just past the post.

Arsenal were brighter in the early stages of the second half and Aubameyang fired against the woodwork on the hour after being played in by Lacazette.

Tottenham were re-energised after the second-half drinks break, though, with Harry Kane bursting into the area and setting up Son who delayed his shot too long.

The winner was as simple as it gets - Son swung in a corner and Alderweireld rose highest to glance home.

Kane, who was mainly a subdued figure, then almost extended Tottenham’s lead late on but was denied by Martinez.

“I think it’s massive for us. I think we really wanted to win this game, you know it’s difficult without the fans, it will be a totally different atmosphere but I think we did everything that we could. We fought,” Alderweireld said.

LONDON, July 8: Leicester City’s Jamie Vardy pounced to score a crucial late equaliser as they hit back against Arsenal to... Read More...