Ahed Tamimi to Be released Sunday, her father claims 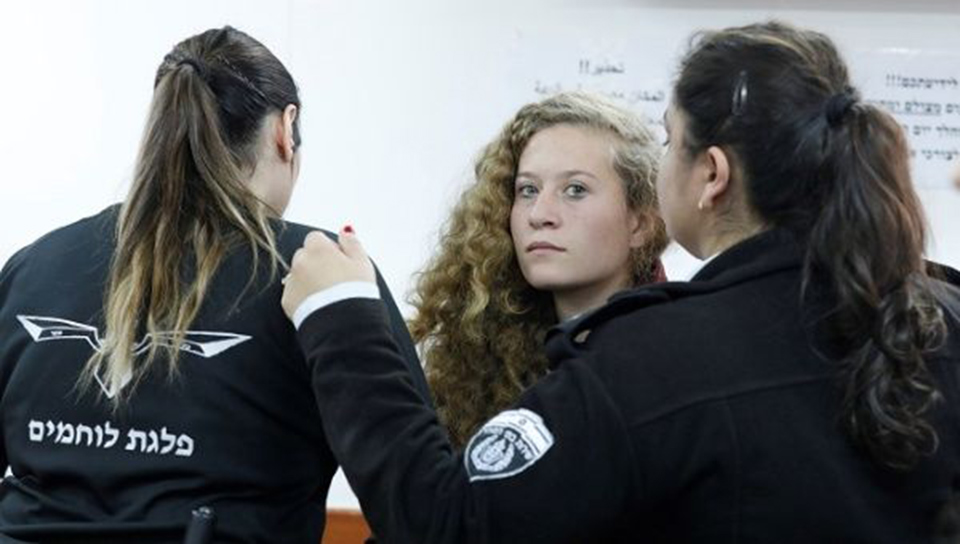 Ahed Tamimi has been held in an Israeli prison since December 18 | Photo: Agencies

WEST BANK, July 25: Bassem Tamimi told media he expects Ahed will be realeased early, but Israeli authorities have not confirmed this.

Palestinian teen Ahed Tamimi, who has been held in an Israeli prison for slapping a fully armed Israeli soldier in the occupied West Bank town of Nabi Saleh, is expected to be released this Sunday according to her father, Bassem Tamimi.

Bassem Tamimi told the Turkish state Anadolu Agency that Ahed was scheduled to be released on August 19, but he expects she will be released early.

“The Israeli authorities usually do not inform the detainee or his family of the date of release, but I think she will get a decision” to reduce her detention by 21 days, he explained.

This has not been confirmed.

The 17-year-old activist was sentenced to eight months in prison after video of her slapping and yelling at an Israeli occupation soldier became viral. Ahed was attempting to force the Israeli soldier out of her family’s house.

Her mother, Nariman, and cousin were also arrested for the same incident.

Her 15-year-old cousin, Mohammed Tamimi had been shot in the head with a rubber-coated steel bullet a day before. Tamimi was charged with aggravated assault, obstructing the work of soldiers, and incitement, among other charges on Jan. 2.

The Tamimi family has been constantly targeted due to their active resistance against the expansion of a nearby illegal Israeli settlement named Halamish.

BETHLEHEM, July 26: The mural appeared on the separation wall in Bethlehem just days before the 17-year-old activist is due... Read More...

Kim Kardashian denies claims her marriage is over

Animals are killed brutally time and again, but perpetrators are hardly booked
14 hours ago

Health ministry projects Nepal’s COVID-19 cases to surpass 600,000 with daily cases of more than 11,000 by next three months
7 hours ago

Remittance inflows up 8.6 percent in first eight month of this fiscal year
13 hours ago

Animals are killed brutally time and again, but perpetrators are hardly booked
14 hours ago