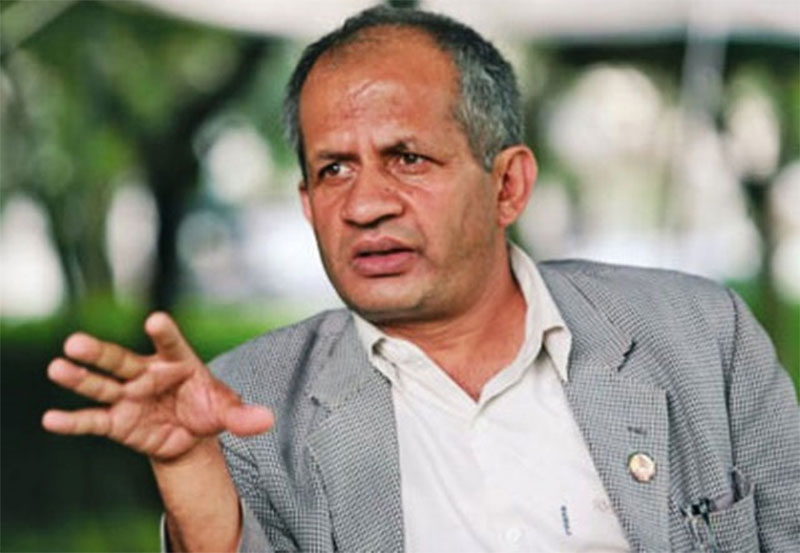 KATHMANDU, June 4: Ahead of Prime Minister KP Oli's state visit to China in mid-June, Nepal looks to brand the country as an attractive destination for tourism and investment.

Speaking to a group of editors in Kathmandu on Sunday, Minister for Foreign Affairs Pradeep Gyawali outlined major foreign policy goals of the government. “With the end of the political transition, our priorities have now changed,” Gyawali said. “Nepal aspires to graduate from LDC in 2022 and be a middle income country by 2030 and our conversations with immediate neighbors and others will be focused on seeking their assistance to achieve those goals."

Minister Gyawali said that it is now time for the country to brand itself internationally. “Our homegrown peace process is unique, and the constitution is progressive and embraces values of justice and equality,” Gyawali said.

The foreign minister also said that discussing Nepal's domestic issues at bilateral meetings is the government's red line whose crossing won't be tolerated. He also claimed that Nepal's relations with India had improved significantly as they had realized some of their past mistakes and vowed to change the way bilateral issues are dealt with.

Minister Gyawali clarified that the current government will only deal with the foreign powers at the highest levels. Hinting at past agreements with India by certain Nepali leaders, Minister Gyawali made it clear that the present government “won't take ownership of such issues which were done to cling on to power.”

During Foreign Minister Gyawali's visit to China in April, his Chinese counterpart Wang Yi had proposed a Trans-Himalayan Multidimensional Transport Network, which will encompass roadways, railways, cross-border connectivity and petroleum pipeline. As Prime Minister Oli prepares to visit China soon, the two countries are set to work on implementing the 2016 Trade and Transit Treaty, cross-border connectivity and on selecting projects under the Belt and Road Initiative (BRI).

Answering questions about the recent decision of the government to build the 750 MW reservoir-based West Seti Hydropower on its own, Minister Gyawali said there was disagreement over the "terms" between the government of Nepal and the Chinese company which wanted to develop the project. Also, with regard to the 1200 MW Budhi Gandaki Hydropower Project, Gyawali said the previous government's decision to cancel the agreement on the project reached with China Gezhouba Group was done in haste.

Minister Gyawali also talked about the final leg of work being done at the Ministry of Foreign Affairs on a new diplomatic code of conduct, which he said will set guidelines for meetings with foreign delegations and keep minutes of such meetings at the ministry.

Shrestha off to China ahead of PM's visit

KATHMANDU, May 25: At a time when preparations are underway for Prime Minister K P Oli's visit to China, a senior... Read More...

BEIJING, June 20: Eight different agreements were signed between Nepal and China in Beijing at the presence of Prime Minister KP... Read More...