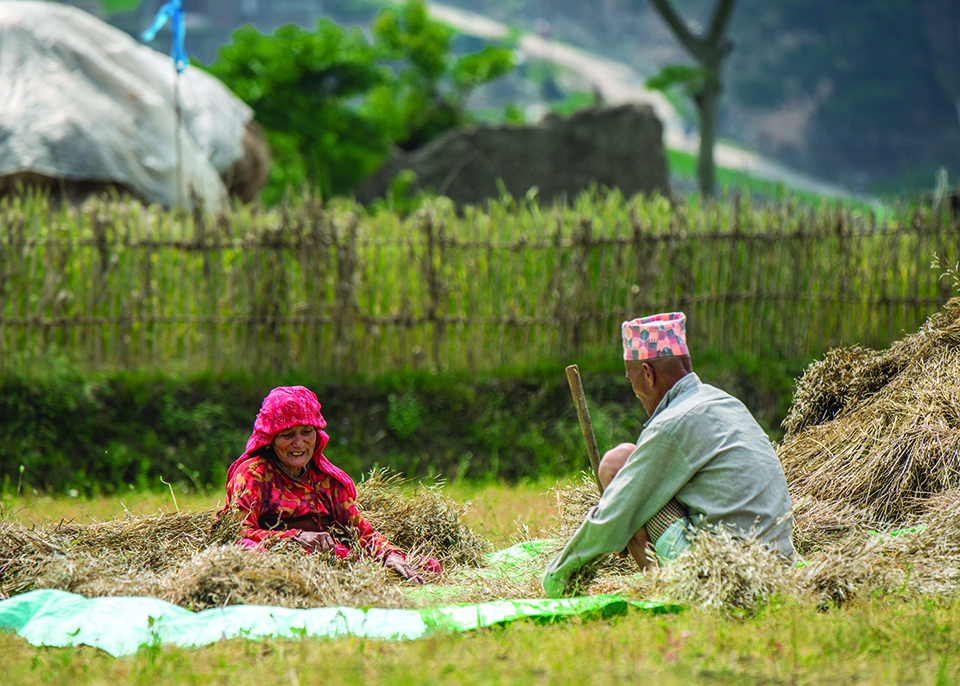 KATHMANDU, June 9: Minister for Agriculture and Livestock Development Chakrapani Khanal has said the government had decided to come up with plans for sustainable development of agriculture by classifying farmers.

At a face-to-face program organized by the Reporters' Club Nepal here today, he spoke the need of the classification of peasants nationwide for sustainable development of agriculture. As he said, such classification would help identify farmers and implement related programs.

Stating that the government had envisaged the country self-sufficient on agro- products by the next two years, he said plans and programs capable of making the nation self-sufficient on the fishery, livestock and dairy products were in the offing. "The existing goat keeping suffices to meet the 70 percent demand at home," he added. He shared the government plan about training some 1,000 and mobilizing 5,000 youths in agriculture in the next three years.

According to him, the existing demand for fertilizer across the country is 600,000 metric tons against the financial capacity of purchasing only 350,000 metric tons and discussions are underway to increase the budget for the purchase of fertilizer. The Minister made it clear that the government provides a 67-per cent subsidy in the chemical fertilizer for farmers.

A proposal was forwarded to establish a fertilizer factory at home within the next two years. Over 65 per cent population in Nepal is dependent on agriculture and last fiscal year, Rs 800 million, out of total budget, allocated to the agriculture sector remained unspent.

The Nepal we need in post-COVID-19

The coronavirus pandemic is forcing Nepalis to rethink the path of development. We are entering a new reality of frequent... Read More...

KATHMANDU, Dec 25: A recent preliminary data of the Ministry of Agriculture and Livestock Development has projected more than 8... Read More...